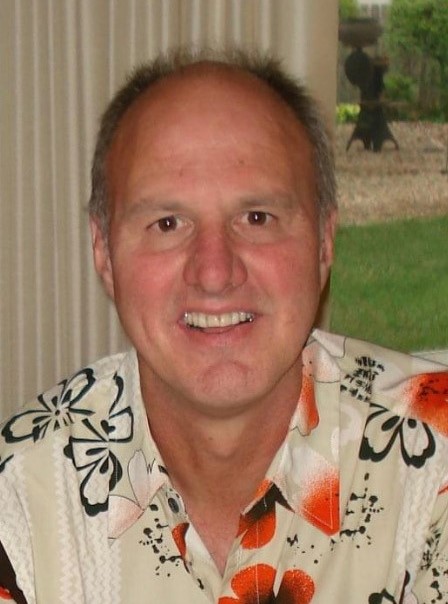 Thomas R. Gard passed away peacefully on April 14th, 2022. Tom is the youngest child of Don and Sally.

He was born in Duluth, MN on May 5,1964. When he was 4, the family moved to Kenyon, MN. Tom graduated from Kenyon High School in the spring of 1982. In school, Tom was involved in athletics including football, wrestling and cheerleading, along with music as a member of the band and choir.

After high school, Tom enrolled at Dakota County Technical College tool and die/machining course. Tom was a stickler for organization and detail, traits that served him well for over 30 years in his profession.

In 2003, Tom married Paula Leibel. They made their home in St. Michael, MN. Paula passed away in 2016. Three years after Paula’s passing, Tom retired from his profession and moved back to Kenyon. Moving back to the community that was so dear to his heart brought him great joy.

Upon moving home, Tom was frequently seen taking walks with Ivan, his beloved Boston Terrier. Shortly after settling into his house, Tom was asked to fill a vacant seat on the Kenyon city council. Tom’s love of community and sensible approach to issues made him a valued member of the council. He took great pride in serving his community.

In the Spring of 2021, Tom was diagnosed with ALS. During the ensuing months, Tom cherished the time spent with family and friends. It was common for Tom to have family and friends travel from great distances to visit him after his diagnosis. A true testament to his kind nature and the lasting impact he made on so many people. While his condition progressed and took a toll on him physically, his mind was crisp and clear to the end.

Tom was preceded in death by his wife Paula and his grandparents.

Tom’s funeral will be held on May 7, 2022 at 2PM at Hauge Lutheran Church in Kenyon, MN with Pastor Larry Grove officiating.

In lieu of flowers, donations to The ALS Association would be preferred. https://www.als.org/ mn-nd-sd

Rochester Cremation Services is assisting the family with arrangements. Memories and condolences of Tom may be shared at rochestercremationservicesmn.com