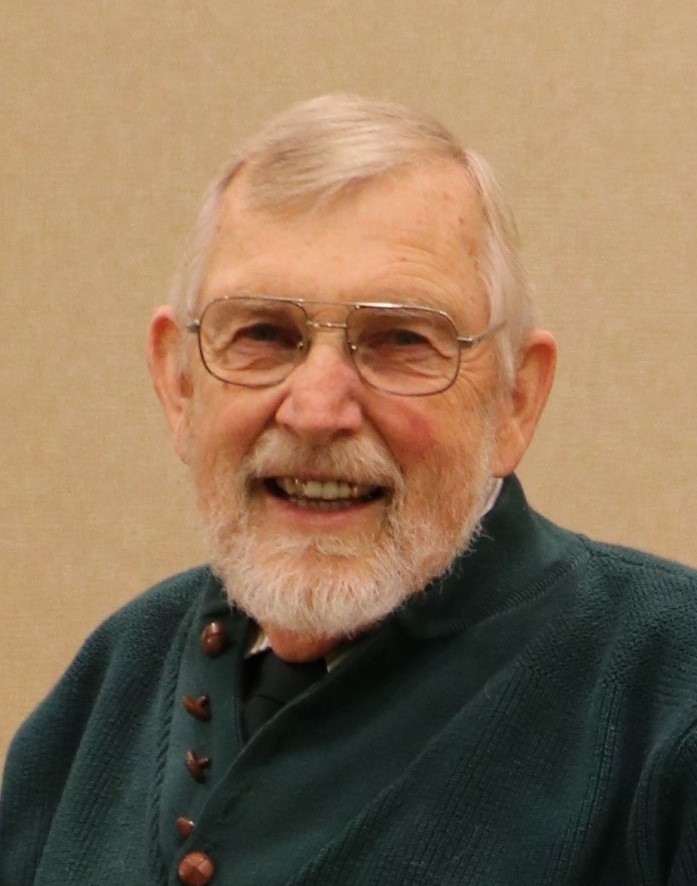 Tom enjoyed so many aspects of life, especially love for his family and friends, usually demonstrated with his sparkling blue eyes, his kind listening ear, and his sense of humor occasionally enhanced with a playful tease. From his youth, he was attracted to the natural world, especially working with wood where he developed a strong knowledge base and skill set he freely shared with others.  Wood design and construction, tool restoration, and furniture repair and refinishing were special interests. Appreciation for operatic tenors began at an early age with Mario Lanza and continued, especially with Pavarotti, while he also thoroughly enjoyed the Statler Brothers.  Steinbeck was one of his favorite authors.  He had a love of children, the warmth of a wood burning fire, the beauty of a small wildflower, the quest for agates or the perfectly round rock on the north shore of majestic Lake Superior, making and sharing popcorn and cheers time, cats and especially dogs.  From a young boy, his Christian faith was foundational, and his life journey was enriched and strengthened by the maturing of that faith, notably enhanced by his Walk to Emmaus experience.

Tom was born in Windom, Minnesota where he spent his youth and high school years. He was stationed in Vicenza, Italy and later with the Minnesota National Guard for his Army military service, and with support from the GI Bill, began his higher education  studies in Minnesota, graduating from Worthington Junior College (AA Degree) and Mankato State College (BS and MS Degrees) in Industrial Arts with teaching certification.  Following graduation, Tom was employed by Mankato State in their experimental Wilson Campus School as a K-12 industrial arts instructor and supervisor of numerous student teachers.

When the campus school closed, Tom, Sally and Sam lived in St Peter, Minnesota for many years where they served as a foster family and where Tom worked as assistant manager with Standard Lumber Company.  He decided to return to education later in life, and the family moved to Blacksburg, Virginia where he attended Virginia Tech and earned his Educational Doctoral Degree and then was employed as assistant professor.  His educational career concluded at Ohio Northern University in Ada, Ohio in the Technology Department.

Following educational retirement, Tom began ten years of Christian service employment at the Young Life Camp in Rockbridge County, Virginia, work he found thoroughly rewarding.  After retiring from Young Life, Tom and Sally completed and enjoyed a major country home remodel project. When downsizing seemed an appropriate step to take, they returned to the Midwest in 2019, moving into Charter House in Rochester, Minnesota where they could focus on providing volunteer service to others.

Tom is survived by his wife, Sally, sons Matt and Sam (Kara), grandchildren Anna, Liz, Jack, Whipp and Mary, brothers Doug and Bill (Lynne), nieces, nephews and cousins.  He was preceded in death by his parents, brothers Jim and Dick, and sister Marian Schaub.

A memorial service will be held at a later date.  Memorials may be made to support prostate cancer research at American Cancer Society or Mayo Clinic.  Memories of Tom are welcomed and can be posted at rochestercremationservicesmn.com