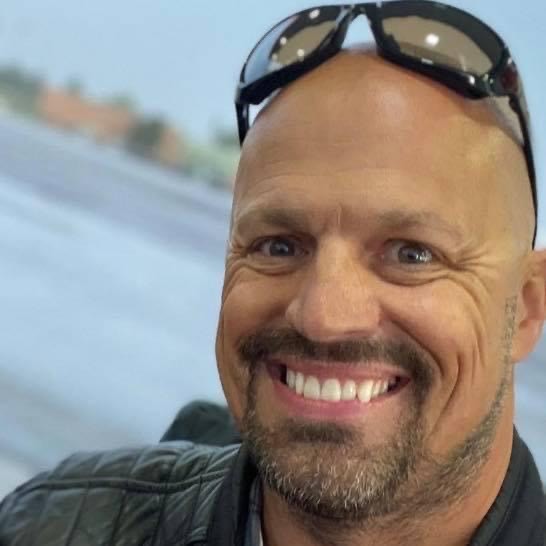 He was born on March 9, 1972 at Lakenheath Air Force Base in Lakenhealth, England. Shane graduated from Albert Lea Senior High School in 1990 and later obtained his certification to become an Electrician. He started out his career at Albert Lea Electric and had been currently employed by Adair Electric in Rochester, MN.

Shane was one of those people that excelled at most everything he did. He grew up playing hockey and baseball and later enjoyed woodworking and riding his Harley motorcycle that he affectionately named Betty. Shane was fiercely devoted to his family, especially his children Jack and Rae. Whenever the family would get together you could always count on Shane’s sense of humor to make everyone laugh. He had one of those personalities that everyone was immediately drawn to and a smile that could quite literally light up a room.

He is survived by his children Jack and Rae, his mother and father Jack and Marilyn Rovang, his sister April Rovang, his niece Ava Johnson and numerous aunts, uncles and cousins.

Rochester Cremation Services is assisting the family with arrangements. Memories and condolences of Shane may be shared at rochestercremationservicesmn.com