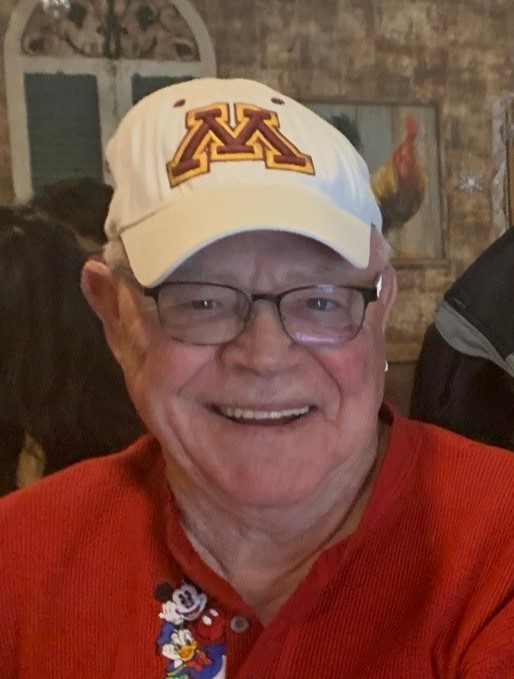 Dick was born February 15, 1939, in Rochester to Donald and Elsie (Anderson) Ostrom. He graduated from Rochester High School in 1957 where he was State of Minnesota Wrestling champion in the 145-weight class. He also excelled in tennis and was a member of the 1955 and 1956 State High School champion team from Rochester.

In 1958, he married Barbara Smith (Knudtson) and later divorced.  In March 1989, he married Janice Blue in Maui, Hawaii.

Dick went to work for IBM and retired in 1991 after 34 years of service.  He was a member of Presbyterian Church of Oronoco.  He enjoyed ATV riding, time at Nelson Lake in Hayward, WI, time outside with his kitties Buddy and Lily and playing pulltabs.

Dick was preceded in death by his parents and his brothers Robert and Jim and his beloved kitty Patches.

A service will be held on June 19th, at Presbyterian Church of Oronoco (20 3rd Street SW, Oronoco) at 11:00am with Reverend Lisa Johnson officiating.  Following the service there will be a Celebration of Life at Mac’s Park Place (57444 406th Ave, Mazeppa).

In lieu of flowers, memorials are preferred to Presbyterian Church of Oronoco or Camp Companion (campcompanion.org).

Rochester Cremation Services is assisting the family with arrangements. Memories and condolences of Dick may be shared at rochestercremationservicesmn.com