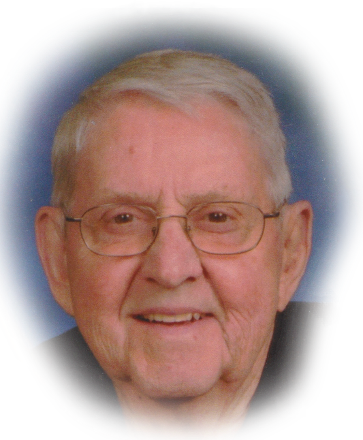 Richard (Dick) Brown passed away at his home in Rochester, MN on August 6, 2020. Dick was born December 11,1926 in Hinsdales, IL. He graduated from Dixon High School (Dixon, IL) in 1945. He married Donna Hands on February 18,1955 in Dixon, IL and graduated from Rockford College in 1962. Together, Dick and Donna had three boys: Derek, Todd and Chad. In 1968 the young family moved to Winona, MN. After 42 years in Winona, Dick and Donna settled in Rochester, MN.

He enjoyed bicycling, downhill snow skiing, golfing and wood carving. Dick also enjoyed playing games and traveling with his family. He kept meticulous records of the 93,000 miles he rode on his bicycle with friends and family during his retirement years in Arizona, Minnesota and along the Root River valley trails. Dick celebrated both his 50th and 55th high school class reunions by riding his bicycle from Winona to Dixon, IL. His wood carvings, often given as cherished gifts, were detailed and beautifully painted. Dick was a member of the Commemorative Air Force, the VFW and several other community organizations and he proudly served in the armed forces during World War II and during the Korean War. Dick and Donna enjoyed 25 years wintering in Mesa, AZ.

He was industrious throughout his life taking his first job on a Dixon truck farm at the age of 12, working 6 days a week for 6 and a half cents an hour, and eventually retiring from ADC Magnetic Controls in 1991.

The family would like to thank Seasons Hospice of Rochester for their support over the past year. Memorias can be directed to Channel One Food Bank in Rochester, MN.

One thought on “Richard (Dick) Brown”