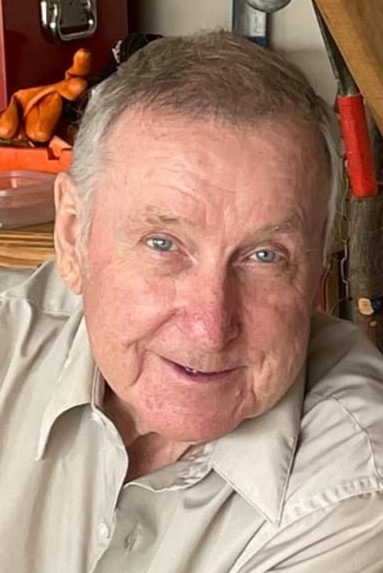 Orville Finne was the most loving father, grandfather, brother and friend. He always put other people’s needs before his own and would do anything he could for others, even strangers. He passed away peacefully surrounded by loved ones on Thursday, September 16th at the age of 78 after a 2 1/2 year battle with pancreatic cancer.

Orville was born to George and Norma (Esther) Finne on July 8th, 1943, in Owatonna, MN. After graduating from West Concord High School, he enlisted in the Air Force and served from 1961-1965. He was stationed at Sawyer Air Force Base in Michigan and then at Eielson Air Force Base in Fairbanks, Alaska. He returned to West Concord and worked at the State Hospital in Faribault for a few years and then sold life insurance for many years. He married Katherine Langerud in 1967 and they raised four children together. They were later divorced, but remained friends. Orville later drove taxi cab and limousine for Yellow Cab where he met his special friend, Margie Creech. They were together for 13 years before she passed away.

Orville loved his children and siblings dearly and was never afraid to say, “I love you very much” to them. His 10 grandchildren and 1 great-grandchild were such a joy to him. He loved to play with them, tease them, take them fishing, and take them to the “Gucci warehouse”. Orville was an avid gardener, fisherman and collector/treasure hunter. If he was not at home, he was either gardening, fishing or finding a good deal somewhere. He was always willing to share his vegetables and help his neighbors, friends, and family. He knew a lot of random things and was always willing to share his knowledge, whether you wanted it or not. Orville’s kind heart, generosity, and sense of humor will be missed by everyone that knew him.

A celebration of life will be held at the West Concord Historical Society on Sunday, September 26th from 1-4 pm with a remembrance at 3 pm. A private family burial will take place at Concord Cemetery at a later date.

In lieu of flowers, memorials can be made to SEMCAC Senior Nutrition to support their wonderful Meals on Wheels program. The family would also like to send a special thank you to Erin Gilbertson for the wonderful care she provided to Dad for the last 2 1/2 years and also to all of the St. Croix Hospice aides and nurses who helped care for Dad.

Rochester Cremation Services is assisting the family with arrangements. Memories and condolences of Orville may be shared at rochestercremationservicesmn.com