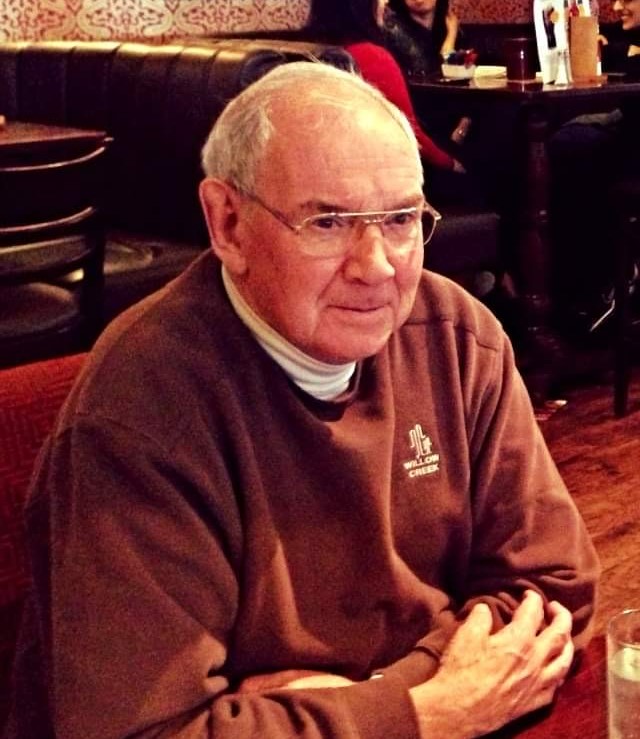 He married Shirley Constable in 1958. They settled in Desborough, Northhamptonshire, England and had five children.  Shirley passed away in 1984.

In 1985, he met Delia Pritchett who was working for the U.S. Air Force in England. In 1990, he accompanied her to the U.S. and they were married in Grand Forks, ND, where he worked at Walmart. Upon retirement in 1999, they moved to Rochester, MN. He worked many years at Willow Creek Golf Course in the summers and wintered in Florida.  He was a great storyteller, enjoyed golfing, watching British soccer, listening to and singing Irish music.

He is survived by his wife, Delia Pritchett, five children in England (Donna, Kevin, Neil, Dean and Darren), three stepchildren in the U.S. (Ken, Karen, and Graham) and many grandchildren and great grandchildren in both countries.

A memorial gathering will be held at Realife Cooperative, 825 Essex Pkwy NW, 1-4pm on Saturday, June 4.

Rochester Cremation Services is assisting the family with arrangements. Online memories and condolences may be shared at rochestercremationservicesmn.com.