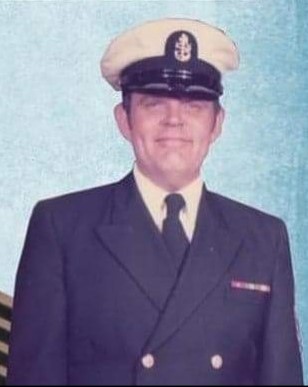 Milan Ray “Mike” McCartney passed away August 27, 2020.  He was born in June 1937, in Alvo, Nebraska, the son of Theodore J. and Geraldine M. (Schmitt). He attended high school in Lincoln, NE. He graduated in 1956 and soon after enlisted in the United States Navy.

Mike proudly served in the United States Navy for 20 years, retiring in 1976 in St. Paul, MN. After his military service, he and Sandy and their daughters, made their home on Stony Lake near Hackensack, MN, where he had his own plumbing business. Later he and Sandy moved to Tenstrike, MN and then on to a few places south, once again returning to Minnesota.

Mike was preceded in death by his parents, two brothers Ted and Gene, and sister Joyce.

Mike “Dad” will have his ashes spread privately, when the family is able to travel to family burial plots, as well as to those places we know he enjoyed. In the meantime, feel free to lift a beer to him the next time you sit down at your favorite American Legion, VFW, Muni, or little neighborhood bar. He would find that most fitting a tribute.