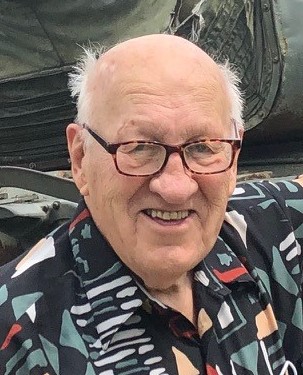 Melvin “Mel” Richard Kangas of Rochester, Minnesota, previously of Anacortes, Washington, passed away peacefully in his sleep on October 31, 2020, just short of his 91st birthday.

Mel was the second youngest in a family of twelve children, born to immigrant parents from Finland, and raised in Kingsford, Michigan. Mel attended Valparaiso University in Indiana, where he met his wife of 62 years, Dorothy (“Dotty”) Hartmann. Mel, Dotty, and their two children went on to live in Brussels, Belgium, Paris, France, Vancouver, BC, Canada, Overland Park, KS, and other homes.
For much of his career, Mel held executive positions in international sales. After retirement, Mel ran his own business as an export consultant out of Longview, Texas. For work and pleasure, Mel traveled the world. By the time he died, he had visited 101 countries.

Mel was known for his fondness for stories and jokes, his positive outlook, and his love of connecting with people everywhere. His motto was “live a lot, love a lot, laugh a lot.”

Mel was preceded in death by his eleven siblings. When his wife Dotty became ill, he was a devoted caretaker of her until her death in February 2018.
Mel will be missed by his children, Steve and Beth, their spouses, Jennifer and Fadel, his grandchildren, Jasper, Jonah, Elaf, and Malaika, his Kangas and Hartmann nieces and nephews, and his special friend, Elaine. They will all do their best to carry on his motto.

Mel’s and Dotty’s ashes will be interred in the Minnesota State Veterans Cemetery in Preston, Minnesota, in a private ceremony in 2021.

One thought on “Melvin Kangas”