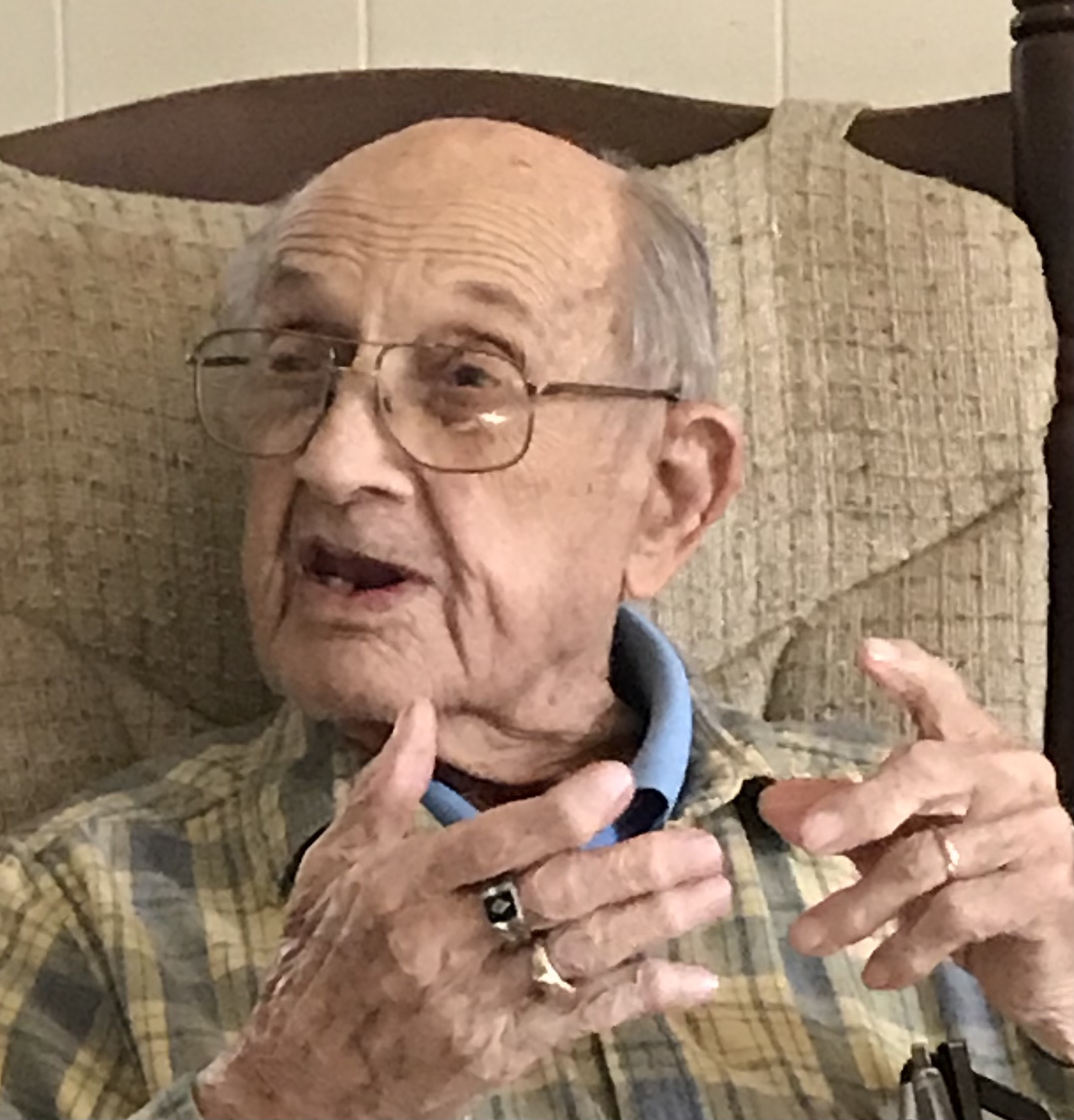 Melvin Walter Dickie was born at home near Cleveland, MN on December 11, 1920 to Walter and Gladys Dickie.  He died peacefully at the home of his daughter, Ann French, in Stewartville, MN on December 10, 2020, 8 hours short of his 100th birthday. He was preceded in death by his wife, Marilyn, in 2017 and his youngest daughter, Mary, in 2019.  Survivors include sons Thomas (Sara) Dickie of St. Paul, MN and Timothy (Barbara) Dickie of Maplewood, MN and daughter Ann (Mike) French of Stewartville, MN along with 8 grandchildren, 18 great-grandchildren and hundreds of friends.

He graduated from Cleveland, MN high school in June 1938 and then Mankato State Teachers College in May 1942. He taught high school math and science in the fall of 1942 until he enlisted in the US Army Air Corps in early 1943.  He became a pilot and then a flight instructor and served mostly as an advanced instrument flight instructor stationed at Moore Field in Mission, TX.  While in Texas, he married his childhood sweetheart, Marilyn Poll on October 23, 1943. In early 1946, he was sent to the east coast and spent the time waiting for discharge teaching ground flight training to the Cadets at West Point.

Upon discharge from the service, he looked for a teaching job that would support his family (Tom was born in January 1946).  Finding none, he accepted a job at Green Giant Co. in Le Sueur as an assistant human resource specialist.  His growing responsibilities had him traveling to plants in MN, WI and IA.  To cut down on the extensive driving, he convinced Green Giant to provide him with a small leased plane so he could be home every night.  In 1956, he left Green Giant and began a career in the insurance business and in early 1957, moved to Rochester and opened his own insurance agency with MN Mutual. He remained in the insurance business until approximately 1990.  During that time, he was also extremely active in his church and for the last 11 years, has been a member at Autumn Ridge Church.  He never returned to formal teaching until, at age 88, he began substitute teaching in the Rochester School System for “something productive to do”.  He continued subbing regularily until COVID-19 closed the schools in 2020.  He subbed at every level from kindergarten through high school. He never gave up the idea that when the schools re-opened, he would return to the classroom and “his kids”.

In his spare time, Mel enjoyed outdoor activities: golf, hunting and fishing.  But fishing was always his favorite.  He was an accomplished walleye fisherman and every other type of fresh water fish, too.  His favorite lake was always Lake Winnibigoshish (better known as Big Winnie). He fished that lake for 90 years beginning when his father took him there as a boy.  And it was the last lake he fished when Joe Thompson of 4 Seasons Resort hosted Mel and son Tim for a day of northern fishing on July 24, 2020.  It was his love of fishing that led him to begin building custom fishing rods in the 1970’s.  The early rods were simple and functional but he gradually refined them into true works of art and beauty.  He continued making rods until about a week before he died. Mel estimated that he had made almost 5,000 rods in his lifetime. But his legacy will live on in the approximately 500 people he taught to make rods and in Jeff Minske, his partner and friend, at Minske Bait, Tackle and Custom Rods in Rochester.

A video about his military service and a recent Post Bulletin news article are both referenced at the Autumn Ridge Church website.

Due to COVID-19, no immediate public service is possible.  A memorial service will be held when it is safe to do so.  To be notified, please send an email to tim.dickie@comcast.net.

Rochester Cremation Services is in charge of arrangements.  Online condolences are welcomed at www.rochestercremationservicesmn.com.  Memorials are preferred to Autumn Ridge Church, Rochester, MN or your favorite charity.

One thought on “Melvin Dickie”