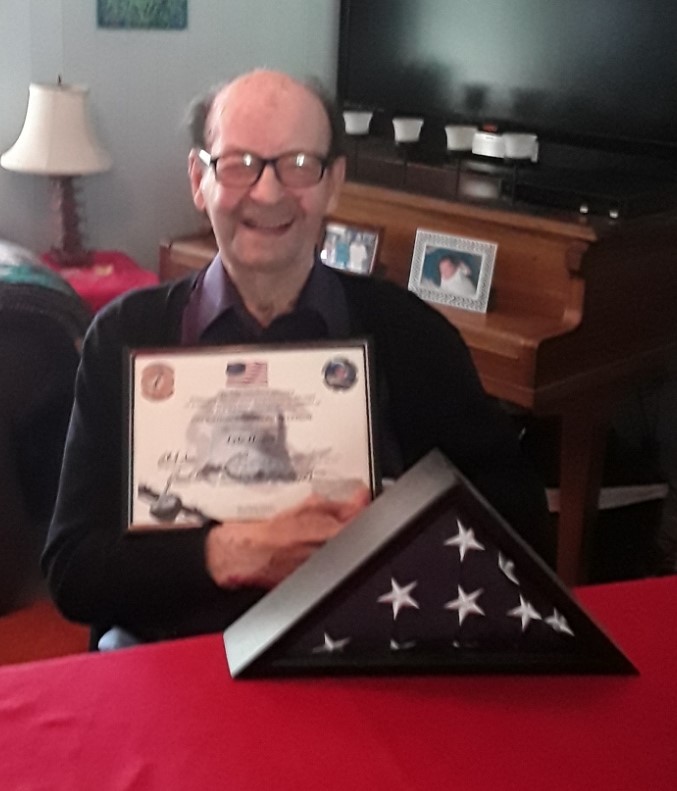 Lyle House peacefully passed away at the Chosen Valley Care Center in Chatfield, MN on Friday November 20, 2020. He was treated like family at Chosen Valley where he was happy and often sang to the staff, a testimony to their endless kindness.

Lyle was born in Mantorville, MN, on October 7, 1921 to Alva House and Eunice(Wyman) House and he graduated from Preston High School in 1942 where he was a celebrated footballer during their many winning seasons of the Blue Jay team.

In 1944 while learning to fly at the University of Washington in Seattle, WA, he became ill and was discharged from the Naval Air Force returning home to Preston, MN.
In 1945 the Army Air Force was looking for Army cadets. He enlisted at Fort Snelling in Minneapolis/St. Paul, MN and then was sent to Lincoln, NE for air training. He was later posted at Des Moines, IA and Santa Ana, CA.

Lyle lived in several places in SE Minnesota: Rochester, Preston, Fountain, and finally Chatfield. Throughout this region he was a well-known indoor/outdoor house painter, sheet rocker, carpenter, and as a very handy person. His love of music kept him following the karaoke circuit. Dover, Preston, Fountain, anywhere he could sing. He had the voice of an angel and sang all the time. Every Wednesday, he and his wife Vera would be front and center to listen to Doug at the Servicemen’s Club in Preston and to dance the night away. Thank you Doug!
Lyle was always a man of good cheer and humor. When asked about how many children he had, he would answer with a smile, “one and a half dozen.” If reminded that the correct number was only 7, he would say “yes, that is what I said.”

Lyle is survived by sons Robert C. House of Calgary, Alberta, Canada, and Jack L. House of Lady Lake, FL, by daughters Beverly J. (House) Simmons, of Lake City, MN, and Tamara L. House of Viola, MN. He is also survived by two step-children Roger W. Burgess of Carlisle, MA and Diane C. (Burgess) Grieve of Rochester, MN and by 21 grandchildren and many great-grandchildren.
After being married for 52 years to his second wife Marjorie Burgess who died in 2004, he married Vera Redalen on Valentine’s Day 2005. They had 14 beautiful years together and the Burgess and House families became a blended family with the Redalens: Marcia Redalen, Ted Redalen, Becky McIntosh and Jason Redalen and their families.

In lieu of flowers condolences will be welcomed by the family. A time for a Celebration of Life will be announced in the future.