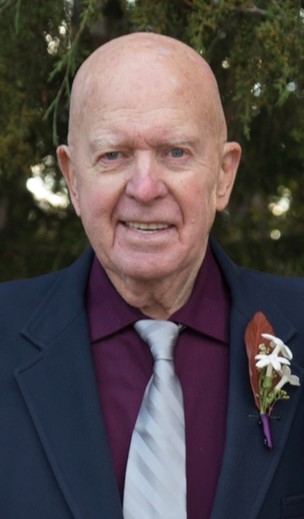 Leslie “Lucky” Holtorf was born on August 16, 1927 in Rochester, Minnesota.  He graduated from Rochester Senior High in 1945.  He held a variety of jobs in Rochester before being drafted into the Army in 1950.  Lucky was best known as a Police officer at the Rochester Police Department for 28 years, and then as a driver for the Rochester City Lines for 13 years.  He enjoyed many years of hunting, fishing, and pistol shooting.  He played bass drum and marched in parades with the Elk’s Drum and Bugle Corps.  For over 40 years, Lucky and his wife Dianne made outdoor Christmas ornaments and decorated their home on 5th Avenue for the city’s enjoyment.  After leaving their home, he resided at the Homestead until he passed on August 30, 2021 at Methodist Hospital in Rochester.

Rochester Cremation Services is assisting the family with arrangements. Memories and condolences of Lucky may be shared at rochestercremationservicesmn.com