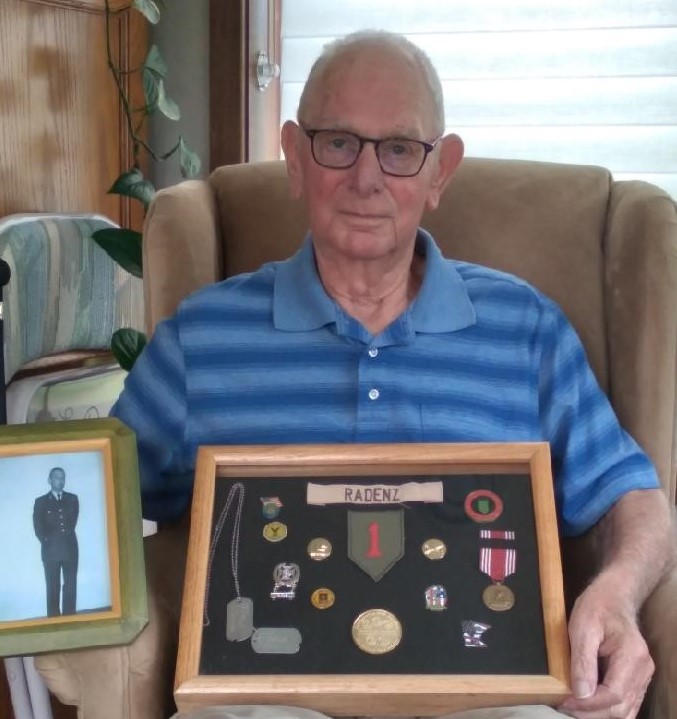 Larry V. Radenz passed away at his home with his wife Susan by his side on August 23, 2021 after a 6 month battle with lung cancer.

Larry Victor Radenz was born May 19, 1938, in Flaxton, North Dakota, to Clarence and Viola Radenz. Larry grew up in and around Flaxton and Bowbells, North Dakota. He attended school in Perella country school and Flaxton. Larry married Patsy (Myren) in September of 1966, and later divorced in 1991. Following their marriage, the couple lived in Bowbells and were blessed with four children. Larry served in the United States Army from 1961-1963 and belonged to the American Legion Post #0092.

Larry married Susan (Inman) in June 1992 and lived in Bismarck. He worked at NDSP (North Dakota State Penitentiary) until 2000 when he retired. They then moved to Rochester, MN where Larry worked at the Rochester International Airport part time for six years. He enjoyed talking to people from all around the world.

Larry is preceded in death by his parents, Clarence and Vi (Gee) Radenz; one sister, Beverly Barthinger; one son, Todd Radenz; and one step son, Patrick Inman.

A private family service will be held on August 31, 2021 in Bismarck, ND with a burial in Mandan Veterans Cemetery.