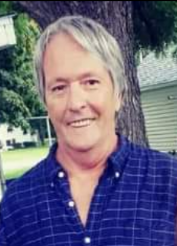 Larry was adopted on March 28, 1956 in Flint, Michigan to Truxson and Dorothy (Grace) Young. He grew up in Fort Collins, CO. He moved to Rochester in 1997. He joined the Army in March of 1975 and was honorable discharged in October of 1976. He was a member of the Berean Community Church in Rochester.

Larry was a loving husband and father. He loved praising Jesus Christ to his family and friends. He was in a card club three days a week with his poker family. He enjoyed going to the casino and spending time with his grandchildren.

Larry is preceded in death by his parents.

Celebration of Life for Larry will be held at a later date. His burial will be at Fort Snelling Cemetery.