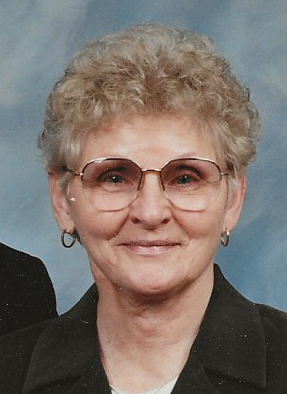 On June 26, 1951, Kay was united in marriage to Phillip Leroy Beaver in Albert Lea. The couple lived in Newport, Rhode Island, while Phil served in the Navy until 1953. The couple returned to Albert Lea and were blessed with three children. Kay worked as a secretary for Pete’s Welding in Albert Lea. The family moved to Byron, MN, in 1974, and Kay worked as a teller for the State Bank of Bryon for several years. She worked for 20 years (until her retirement) as a desk attendant on East-18 Mayo Clinic. She received a Karis Award in 1993 from the Saint Mary Hospital Sponsorship Board (currently Mayo Clinic Values Council). The Karis Award was established to formally recognize the many caring persons who live out the Mayo Clinic Values in an extraordinary way, as they serve patients, visitors and colleagues.

She was an avid Minnesota Twins fan. She also loved to cook and provide big family meals for holidays and birthdays. Certain family members would go so far as to even hoard her homemade donuts.

Many thanks to the wonderful care and compassion she received from the staff at Arbor Terrace Memory Care Unit, Seasons Hospice, and Mayo Clinic in Rochester and Evergreen Place Assisted Living in Pine Island.

A private celebration of life is planned and her ashes will rest at the Byron Cemetery.

Rochester Cremation Services is assisting the family with arrangements. Memories and condolences of Kay may be shared at rochestercremationservicesmn.com