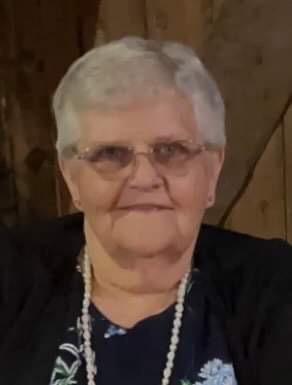 Judith “Judy” Margaret (Rabe) Becklund, 81, died Sunday, December 25, 2022 at her residence with her husband by her side.

Judy was born on November 12, 1941 to Clifford and Margaret (Wiebusch) Rabe and grew up on a farm in Gilford Township in rural Wabasha County. She attended Boss Country School in Gilford Township until the 8th grade and then attended Wabasha High School, which she graduated from in 1958.

After graduation she moved to St. Paul and it was there that she met her husband, Glenn Becklund. They were married on November 26, 1960. Together they have three children. They lived in St. Paul until September 1980 when they purchased Millville Oil Company in Millville, MN, which they operated with their sons. They later renamed the company Becklund’s Auto Repair and Towing, which they continue to operate. Judy was the bookkeeper for the company up until the time of her death.

She was a long-time member of the Millville Sportsman’s Club and a faithful, dedicated member of Hilltop Fellowship Church in rural Millville.

She is preceded in death by her parents; grandparents; and in-laws, Albert and Valborg Becklund.

Judy’s funeral service for family, including her church family, will be held on Saturday, December 31st at 10:00 a.m. at the Hilltop Fellowship Church in rural Millville with Pastor Steve Buss officiating, with a public celebration of life being held at noon at the Millville American Legion.

A private burial will be held at a later date.

Memorials are preferred in lieu of flowers.

Memories and condolences of Judy may be shared at rochestercremationservicesmn.com