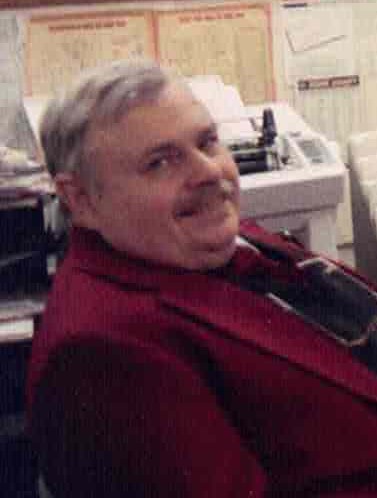 There is more music in the heavens tonight because the passing of John. He was 77. John was born in Lake City, MN to James and Ruth Roland who are now deceased.

John graduated from Pine Island High School in 1963. From 1963-65 he attended Rochester Jr. College and studied music. He then joined the army military band from 1965-68. He played trombone and was stationed in Virginia at the school of music then Italy. In 1969-1972 he was a chief staff photographer where he won numerous awards for the Post Bulletin in Rochester for photos. He met and married the love of his life Beverly Jean Bublitz, daughter of Don & Helen of Rochester formerly from Spring Valley. They married March 20, 1971. He continued his love of music at Trinity Lutheran Church in Rochester and also taught Sunday School. Along with Bev he acquired 6 sisters, Donna, Doris, Laurene, Marilyn, Judy and Carol. He felt like this was his real family. He loved them all and they loved him. Also, lot of nieces and nephews, grandnieces and nephews, and great-grandnieces and nephews who were special to him. Also, a very special friend, Steve Nelson of Rochester. John worked 20 years at Stromberg making his way up to Branch Manager. He and Bev started their own company “ClockWise”. He was known as Dr. Time as he could repair any time product. He retired in 2007. He loved all music from the moody blues to classical. He loved reading, talking politics, and his 2 furry babies, Twinkie and Spirit.

Bev and John walked hand in hand through life. Until they both were hospitalized with COVID. John stayed in St Marys for 10 months and then transferred to a nursing facility that because of negligence and poor decisions ended his life. He died from sepsis. He was kind, witty and smart. We will miss him!