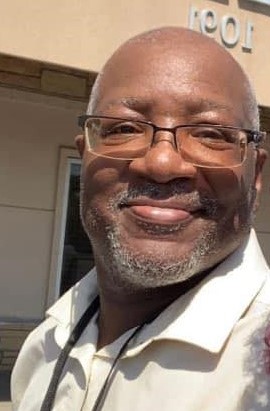 James Edward Coleman Jr. was born on January 31, 1967 to Mable McIntyre and James Coleman at home in Chicago Il. James, also known as Junior to family and friends, spent most of his adult life living and working in the Chicago area. Graduating from Manley H.S in 85′ and welcoming his first child later that year. In 2001 James moved to Minnesota for a fresh start and to be closer to his brothers. While living in Minnesota James’ eyes were opened up to the world of outdoors. He became an avid fisherman and loved to camp. James developed close bonds with many friends and considered them all family. He was always laughing, smiling, joking and wanting to be around the people he loved most.

On July 10, 2022 James was called home. James leaves behind five children: Christopher, Jasmine (Stephen), Takyra, Sylvia, and Olivia; 1 grandchild Promise and one that’s on the way. James also leaves behind two brothers and one sister, Eric (Dawn), Daniel, Lolita; and a host of nieces, nephews, other relatives and loved ones.

James is preceded in death by his mother Mable and father James.