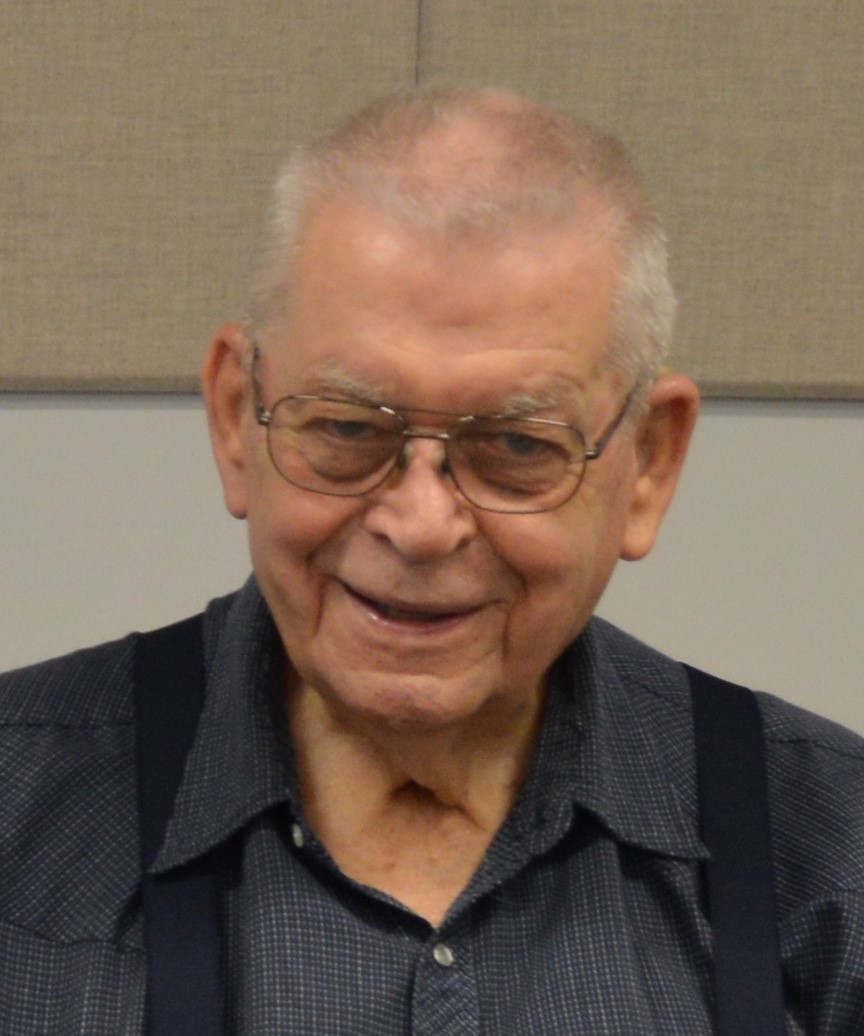 Gordon Lyle Anderson, 92, of Pine Island MN died Tuesday, June 7, 2022 at Pine Haven Care Center in Pine Island, following a brief illness. Gordon was born on the family farm in Valley Township, Grygla MN on February 10, 1930 to Alton J. Anderson and Anna G. (Hylland) Anderson, 2nd oldest of six children. Gordon learned responsibility early on, when at age 13 his mother passed away. He and his siblings stepped up to help their dad care for some of the younger ones as well as assist with household and farm chores.

Gordon completed the 8th grade at the nearby country school, and graduated high school with his GED. Gordon was married to Patricia L. Peterson at St. Olaf Lutheran Church in Grygla, on Easter Sunday night, April 5, 1953. He attended Dunwoody Institute (now Dunwoody College of Technology) in Minneapolis for a short time, before returning home to farm with his father. He was later hired to manage the local creamery in Goodridge, MN, followed by a manager position at the Greenbush Co-op Creamery. In 1971 Gordon was hired to manage the Land ‘O Lakes Cheese Factory in Pine Island and moved his family there, where he and his wife continued to live until his passing. Gordon retired in 1988, and enjoyed many years of travel with his wife (mostly west to the mountains), attending their grandchildren’s sporting and music events, fishing, snowmobiling, golfing, playing cards and Yahtzee, helping his sons-in-law on their farms, and pursuing that  elusive 30-point buck. Gordon and Pat also spent many weeks over many years, taking various grandchildren on memorable vacations.  Family was everything to Gordon.

Gordon served honorably in the US Army and the Reserves from 1949-1953, with several months on the frontline of the Korean War. He was a member of the Grygla VFW and later the Pine Island American Legion, the Pine Island Lions, and Saint Paul Lutheran Church in Pine Island. Gordon was named the Jaycee Boss of the Year in 1978.

A memorial service with military honors will be held on Saturday, July 2, 2022 at Saint Paul Lutheran Church in Pine Island at 2:00 pm, with Rev. Marie AK Anderson and Rev. Jessica Bakken officiating. Visitation will be Friday, July 1 at Saint Paul Lutheran Church from 4:00-7:00 pm; with a prayer service and time of sharing at 6:00 pm. Visitation will continue for an hour before the service on Saturday. Interment will be at a later date in Grygla MN.

One thought on “Gordon Anderson”