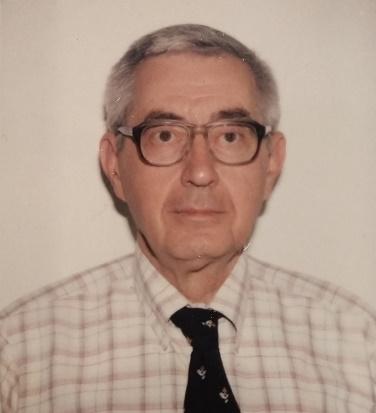 Glenn C. Faith was born on June 30, 1934 in Milwaukee, Wisconsin, the son of Emil Faith and Velma Stivarius Faith. He is survived by his dear wife, Dorothy Mae Faith, and his former wife, Alayne Faith and his children: Carolyn Faith Goldfine (married to Michael) and Connie Drager (married to Mike) and Greg Faith (married to Nancy) and Theresa Jarland and Tamara Standifer. Glenn is also survived by eleven grandchildren.

Glenn lived in Milwaukee, Wisconsin during his childhood years. He attended and graduated from Washington High School, Milwaukee, WI and attended Northwestern University, College of Liberal Arts in Evanston, IL. graduating with a B.A. /Phil Beta Kappa. He received a full scholarship to Northwestern University Medical School in Chicago and completed medical school in three years.

Glenn did his internship at Milwaukee County General Hospital (now Medical College of Wisconsin) and was assistant professor at the University of Wisconsin Department of Pathology in Madison. He did a residency and fellowship at the University of Washington and Affiliated Hospitals, Dept. of Pathology, Seattle, Washington. He also did a fellowship at the Mayo Graduate School of Medicine, Dept. of Laboratory Medicine, Mayo Clinic, Rochester, MN.

Glenn practiced general medicine in an independent setting most of his long and varied career. He served in the Army, National Guard and Army Reserves for 20+ years. Glenn was Scientific Director of the Armed Forces Institute of Pathology (AFIP). He was a Medical Corps physician and commander of the 385th Combat Support Hospital (USAR) Spokane, WA. He was a Division Medical Officer, 6th Infantry Division, Fort Snelling, MN. He retired as a Colonel in the Army.

Glenn was an avid scouter and Eagle Scout. He was an active arborist and loved the Kutzky Park Neighborhood. He received several awards for renovating properties in Rochester, MN.  Glenn always enjoyed camping and hiking with family, friends and scouting troops throughout his life.

Glenn was a lifelong learner who valued education and encouraged his children and grandchildren to pursue academic excellence.  He was an inspiration to many and enjoyed thoughtful conversation, engaging others in meaningful talks about their lives, perspectives and experiences. He approached life and learning with an inquisitive mind and encouraged others to do the same. Glenn was able to converse with just about everyone on just about anything.

Rochester Cremation Services is assisting the family with arrangements. 507-206-4449 rochestercremationservicesmn.com

One thought on “Glenn C. Faith”