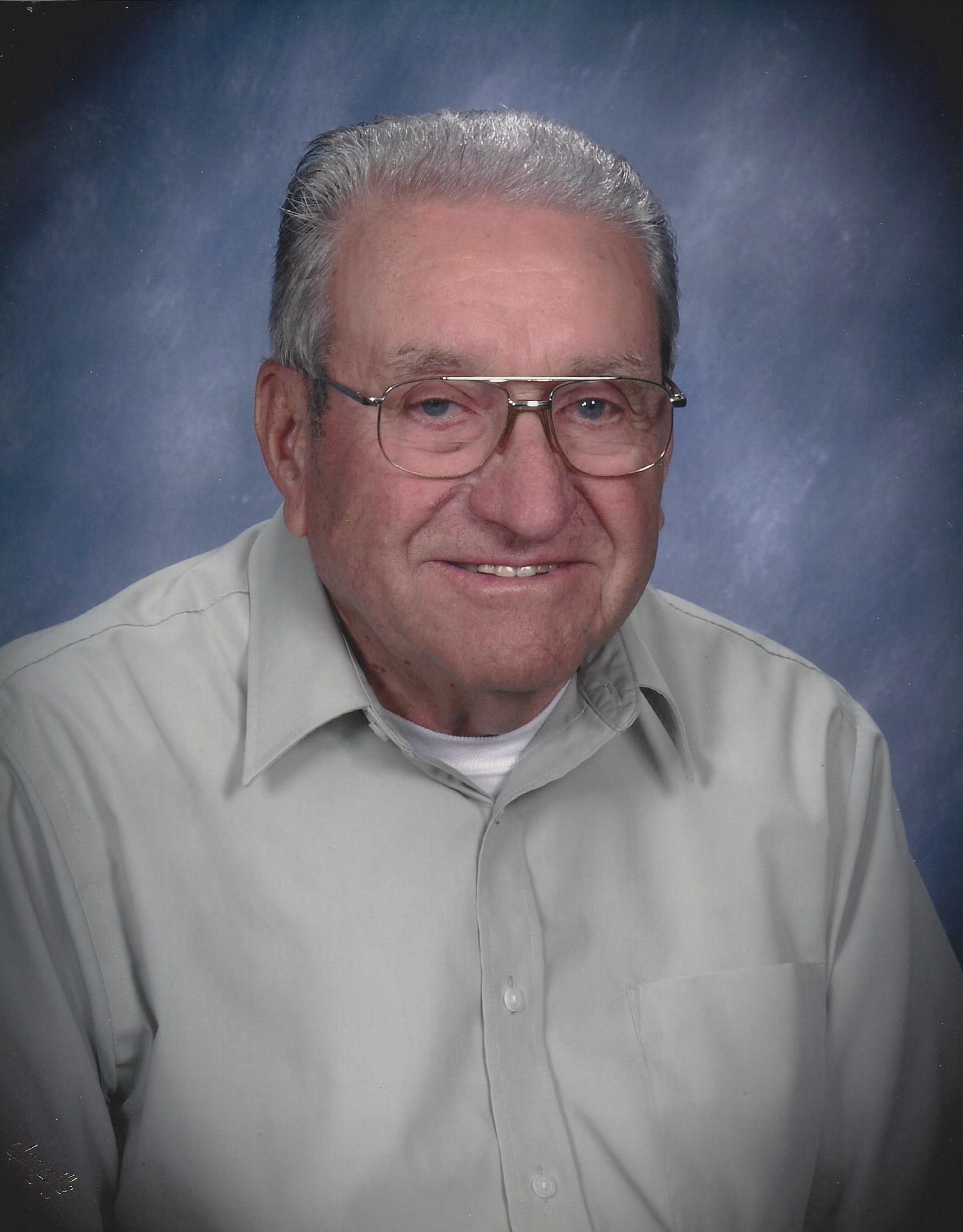 He was born February 8, 1928 to Frank Bruce and Florence (Rust) Roberson in Gillford Township, Wabasha County, MN.  He graduated from Lake City High School.  He married Bernetta A. Senst at St. Mark’s Episcopal Church in Lake City on May 6, 1949. Bernetta passed away February 6, 2004.

Frank worked as a pipe fitter for the Grinnell Fire-protection Co. He farmed and raised registered Angus cattle. For many years he customed combined.  In 1972, Frank brought the first Vermeer large round baler into Minnesota and became a dealer for Vermeer Manufacturing out of Pella, Iowa. He became a District Manager for Vermeer Manufacturing . He spent 25 years, covering 30 counties in southern Minnesota in which time he set up 14 dealers. While a Vermeer District Manager Frank had several short line products, Morrison Belting, McKee Manufacturing out of Canada, Scranton Manufacturing, Aqua Therm, and Woods Manufacturing. He also had an inventive mind, he invented and manufactured STAND-UP-GARDENS.

After Bernetta retired, they spent several winters on the big island of Hawaii. Then wintered in Yuma, Arizona, where he joined the Yuma County Sheriff’s Department and he spent 12 winters as a volunteer deputy. He loved spending time with his children and his grandchildren, more than they will ever know.

A special THANK YOU to those who were Frank’s companion caretakers, especially Dawn Sexton who always went above and beyond the call of duty.  Also, thank you to all the staff at Cottagewood Senior Communities Memory Care and Heartland Hospice.  You were all amazing!

A special thank you to The Rochester Cremation Services, Mike Johnson and staff, for your professional and caring way you took care of Frank’s final wishes.

Memorials may be designated to Heartland Hospice or Cottagewood Senior Communities Memory Care of Rochester, Minnesota.

Rochester Cremation Services 1605 Civic Center Dr., NW, Rochester, MN 55901 were in charge of arrangements. Memories and condolences of Frank may be shared at rochestercremationservicesmn.com