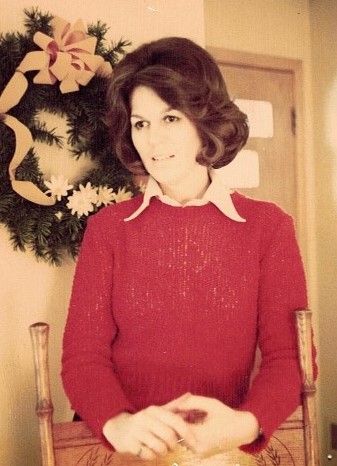 Jeanne was born on September 14, 1937 to Paul and Phoebe (Kammuler) Pinkley.

Jeanne was raised in Fountain City, WI, along with her younger brother, Jim. She graduated in 1954 from Fountain City High School. She graduated in 1958 from Methodist-Kahler School of Nursing in Rochester, MN. Jeanne was employed by Methodist Hospital in nursing until she moved to Austin, MN with her husband, Ivan Passow. They raised three children: Lee, Keith and Angela. She worked as a nurse at the Hormel Co., later divorced, moved to Rochester and became employed by Mayo Clinic Blood Bank for 13 years. She specialized in apheresis until her medical retirement in 1990.

She had many artistic talents and expressed them through quilting and sewing, painting, jewelry making, and also created leather masks with her son Lee and many of the family. She previously created artistic projects with a 4-H club and the League of Women Voters in Austin. Jeanne made beautiful wedding cakes, wedding dresses and so much more.

Jeanne met and married Max Campbell in May of 1987. During their years of marriage, they enjoyed boating on the Mississippi and spending Winters in Destin, Florida.

She is survived by her husband, Max; 3 children; 2 stepchildren, Chad and Jodi; 9 grandchildren; and 16 great-grandchildren.

Max, her constant companion was caretaker through numerous surgeries and various conditions. For over 30 years, his strength brought her peace and comfort.

Her strong, unyielding faith and kind, loving nature made her a positive influence on them all and she will be forever remembered and missed by family and many others lucky enough to have known her.

She was a long-time member of Resurrection Evangelical Lutheran Church.

She was preceded in death by her parents and brother.

Rochester Cremation Services is assisting the family with arrangements. Memories and condolences of Jeanne may be shared at rochestercremationservicesmn.com