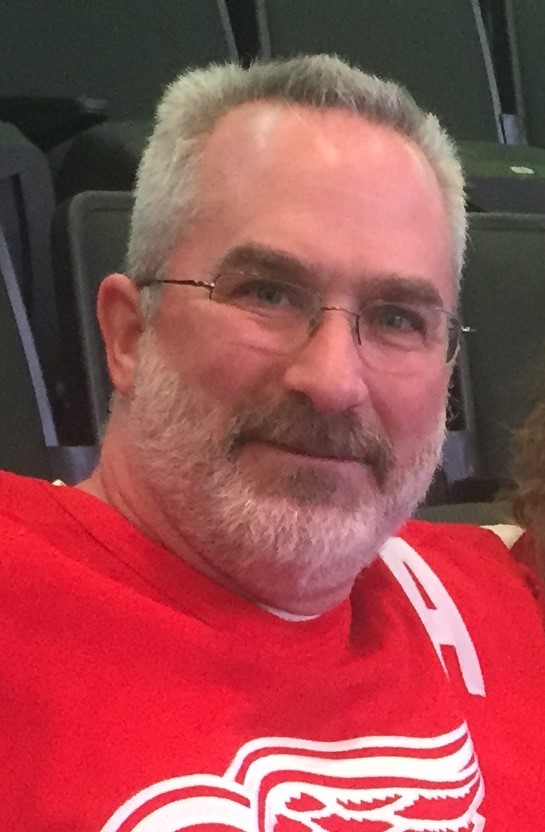 Edward “Scott” Goheen, 59, Bloomington, Ill., passed away on April 21, 2021, in Rochester, Minn., after a battle with cancer.  He was born April 18, 1962, in Dearborn, Mich., to Rollin Edward Goheen and Ilona Charlotte (Frank) Goheen Macek and was raised by his mother and James F. Macek

Scott grew up in Riverview, Mich., and graduated from Gabriel Richard Catholic High School in 1980.  He married Mitzi Jo (Williams) Doss on May 17, 1997.

In 1986, Scott earned a B.A. in Liberal Studies from the University of Michigan, Dearborn, and in 1990 received an M.B.A in Human Resources-Personnel Management from Michigan State University, East Lansing. He joined Weyerhaeuser Company in 1990 and worked in Austin, Minn., until 1997.  His family relocated to Waukesha, Wis., where he was employed by Harnishfeger/P&H Material Handling/Morris Material Handling for two years. In 1999, Scott joined Kraft Foods, working in New Ulm, Minn., and Springfield, Mo., for 16 years.  In February 2016 Scott received an employment opportunity in Bloomington, Ill., with Nestle, which was bought by Ferrero in 2018.

Scott thrived when enjoying time with family and friends.  He was the first to say “Let’s go” if a family member or friend was in need or had a celebration.  Scott was an avid reader and his passions included fishing, biking, cross-country skiing, canoeing, hiking, gardening, camping, coaching, and all sports. His greatest joy was coaching his boys in football, baseball and hockey.  Attending his grandchildren’s activities brought love to his eyes and warmth to his smile. He relished the time he spent supporting their accomplishments and celebrating their successes. His motto was “Find fun every day,” whether at home or at work.

Celebration of Life will be scheduled for a future date.

Rochester Cremation Services is assisting the family with arrangements. Memories and condolences of Scott may be shared at rochestercremationservicesmn.com