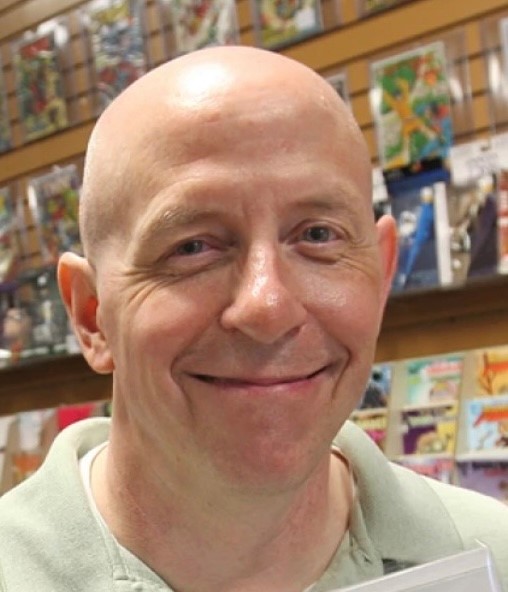 Craig Cotten passed away on Monday, July 4th at Methodist Hospital after a brief illness.

Craig was born to Robert and Jackie Cotten on April 24, 1964 in Rochester. He graduated from John Marshall High School in 1982 and graduated from Mankato State University with a Bachelors Degree in Business. During and after College he worked at Face the Music for a number of years, as well as the Book Review. Having collected Sports cards and Comic Books since he was a young child, he was able to turn that love into a career when he bought the Book Review in 2006. He poured his blood, sweat and tears into his business, but he got so much more back from it. He made so many wonderful friends and connections from all the customers he met over the years. He always joked he had no life because he worked all the time, but the truth is work was his life and enriched his life in so many ways.

Craig was preceded in death by his parents, Robert and Jackie Cotten.

He is survived by his brother Dan Cotten of Rochester; sister, Kelly (Doug) Moore of New Richmond, WI; his nephews, Duncan and Jack Moore, and his niece, Cate Moore, all of New Richmond, and many, many good friends.

A Celebration of Life will be held at an upcoming date.

Memorials preferred to the family.

Rochester Cremation Services is assisting the family with arrangements. Memories and condolences of Craig may be shared at rochestercremationservicesmn.com