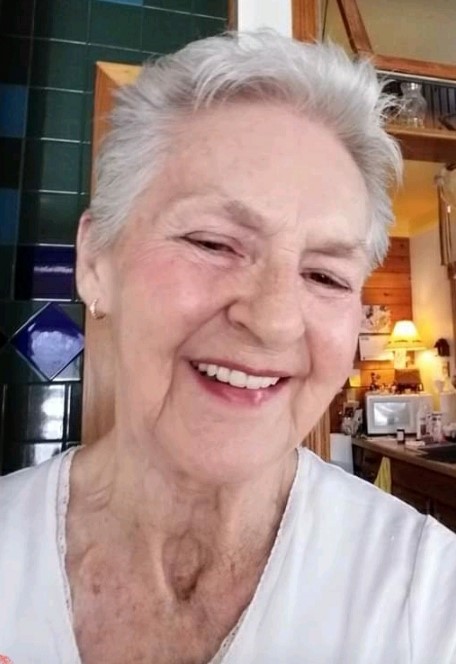 Constance M. Angelondous (Connie) of Oronoco, MN passed away February 4, 2022, at 77 years of age. After a decade-long battle with cancer she, transcended this world peacefully on her own terms with the sun shining, light snow falling, and family surrounding her bedside. She is survived by her three daughters, Sheri Kenyon (60) of St. Cloud, MN, Kimberly Wiese (59) of Amery, WI, and Grace Angelondous (48) of Rochester, MN. Her surviving grandchildren are Missy Brandner (44), Eric Kenyon (29), Daniel Kenyon (27), Nicholas Wiese (24), Shawna Wiese (23), Christopher Wiese (14), Dontania Petrie (31), Nicole Angelondous (28), and Darryl Martin Jr. (24). She has seven great-grandchildren Ashton (19), Tayden (17), Sullivan (13), Ceurydice (8), Antonio (6), Aamir (21 mo.), and Aariyah (3 mo.). She has two great-grandchildren on the way with expected due dates of Feb. 19, and May 5, 2022. She has three half-sisters, Paulette Nunez, Lynda Ward, and Dianne Baxley as well as three half-brothers, Paul Marion, Peter Marion, and Tony Marion. She was preceded in death by her parents, Grace and Theodore Raasch, her brother Daryl Raasch, and grandson DonTray Petrie.

Connie grew up in Fergus Falls, MN, and eventually moved to Hollywood, CA as a young adult where she waitressed at the famed Howard Johnson’s restaurant on the corner of Hollywood and Vine. After a time, she joined the new Home Depot store in 1995 when it opened and eventually transferred to the Rochester, Minnesota store when moving back to MN and settling in Oronoco. She was very fond of her Home Depot family and appreciated their organization of work crews to assist with yard maintenance. She also became very attached to her Kings Run Park neighbors who helped with everything from snow plowing, tree trimming, carrying groceries, emptying dehumidifiers, and making and delivering meals. Connie enjoyed fishing from her pontoon, riding her golf cart, feeding the birds from feeders on her deck, and taking care of her pets, Raja (dog), Kitty D (cat), Jackson (snake), and fish. Mom will be remembered for her bright smile, her ability to see the good in everyone, her love of nature, and her fervent warnings to “watch for deer.” Gone but never forgotten. Love you Mom. In lieu of flowers, consider gifts to The Landing. By mail, The Landing MN 718 22nd Street NE Rochester, MN 55906.

There are no services scheduled.

Rochester Cremation Services is assisting the family with arrangements. Memories and condolences of Connie may be shared at rochestercremationservicesmn.com