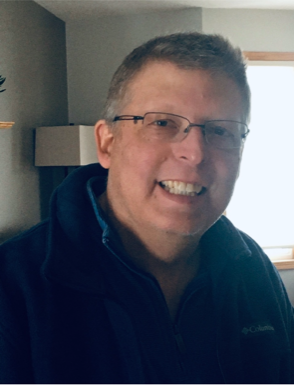 Bryan Roman Goebel, age 54 of Stewartville, formerly of Albany, passed away after a two year battle with cancer on Monday, December 5, 2022 at his home in Stewartville, Minnesota, with his family by his side.

A Memorial Mass of Christian Burial will be held at 10:30 a.m. Saturday, December 10 at Seven Dolors Catholic Church in Albany with Rev. Julius Beckermann, O.S.B. officiating. Entombment will be held in the parish cemetery.

Bryan was born on February 5, 1968 in Melrose, Minnesota to Ronald and LouAnn Goebel. He grew up on the family dairy farm in in Albany, Minnesota. In 1986, he graduated from Albany High School. He later received a Consumer Electronics Technology associates degree from St. Cloud Technical College. Bryan was employed by Upsala Telecom, St. Cloud Comcast, and Century Link. In 2017, he began working at Mayo Clinic in Rochester, Minnesota as a Communication Specialist. Bryan took great pride in all his accomplishments, including being honorably discharged from the Army National Guard in 1993. He was a huge Minnesota Vikings fan. He was a season ticket holder since 2016, SKOL VIKINGS! He also enjoyed watching the Minnesota Twins and was the family electronic “go to guy.”

He accepted his disease and showed great strength and courage during his brave battle with cancer. Bryan was a gentle, kind and generous soul, with a smile that would light up a room. In December of 2018, Bryan met the love of his life, Mari Gleason. They purchased a home in Stewartville, Minnesota in 2019. Bryan had an instant connection with Mari’s daughter, Lauren. His gentle soul was always reflected in Lauren’s smile. She lovingly called Bryan “Gobey.” An example of Bryan’s kindness was his insistence on getting a puppy shortly after his diagnosis. It seemed to be taking on one more responsibility, but it was Bryan’s way of making sure Mari would not be alone after he was gone. Bailey spent many hours with Bryan and helped him fight the fight.

Bryan is survived by his soulmate, Mari Gleason and her daughter, Lauren of Stewartville; parents, Ron and LouAnn Goebel of Albany; brothers, Mark (Darlene) Goebel of Manvel, Texas, Darryl (Teri) Goebel of Pine City, Mike (Ericka) Goebel of Becker, and Glen (Sara) Goebel of Pine City; and several nieces and nephews, aunts and uncles, and many cousins.

Bryan was preceded in death by his grandparents, George and Margaret Goebel and Larry and Theresa Ehlert; and an infant sister, Mary.

The family has great respect and gratitude for Mari and the great care she provided Bryan. She was by his side fighting cancer with him until he passed away. Her love and dedication to Bryan will never be forgotten. The family would also like to recognize and extend a gracious thank you to the Mayo Clinic Oncology, Palliative Care and Hospice teams.

Bryan will be missed dearly and was loved by many.

Arrangements were made with Patton-Schad Funeral & Cremation Services of Melrose.

Memories and condolences of Bryan may be shared at rochestercremationservicesmn.com

One thought on “Bryan Goebel”