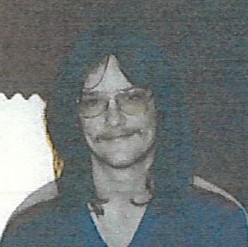 Brad was born on February 6, 1965 in Rochester, MN to John and Lois (Brakke) McGovern. He obtained his GED going to night school. He worked as a cook in various restaurants in Rochester. He was also employed at Senaca for several years.  In 1983 he married Peggy Kelly and they had 3 children, Jackie, Scarlet and Brandon. They later divorced. In 2003 he met Connie Winter and they were together until his death.

Brad would grow his hair until it was long enough to donate to the Locks of Love at the Eagle Cancer Telethon in memory of his mother. He also loved his music and going to multiple concerts. He collected music memorabilia. He was a proud grandfather to his grandchildren, Cruz, Declan and Bria.

A Celebration of Life will be held at a later date.

Donations may be made to Locks of Love or Eagles Cancer Telethon.

Rochester Cremation Services is assisting the family with arrangements. Memories and condolences of Brad may be shared at rochestercremationservicesmn.com