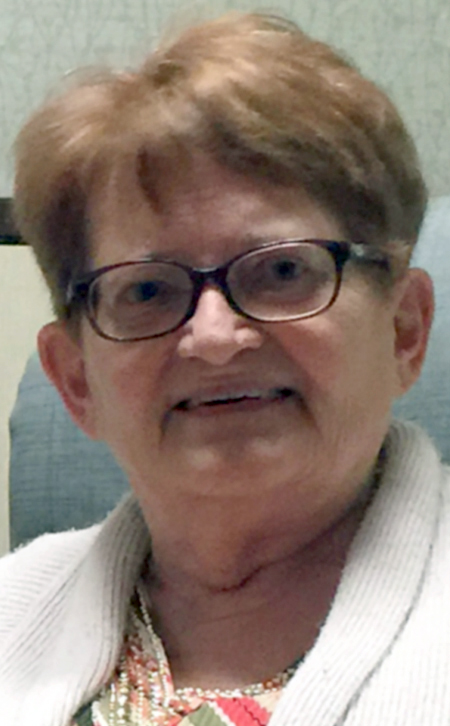 Ginger Petersen, 72, of Rochester died Monday, Feb. 3, 2020, at the Plummer Home in Byron with family by her side, following an 18-month battle with metastatic lung cancer.

She was born on Aug. 31, 1947, in Sioux Rapids, Iowa, to Glenn “Buck” and Lillian Miller. She grew up on a farm in Webb, Iowa, where she developed a lifelong love of ponies and horses. In 1956, her family moved to a farm near Elkton, where she graduated from Elkton HIgh School in 1965.

On Dec. 11, 1970, she married Darrel Petersen, and they made their home in Elkton. In addition to raising their family, Ginger held a variety of jobs throughout her life, from working in her parents’ restaurant in Elkton to reception positions at various Rochester businesses.

In 1992, Ginger and Darrel moved to Rochester, where they became charter members of People of Hope Church, and Ginger was later hired as the church’s first volunteer coordinator. In 2000, she also started the church’s BeFrienders’ ministry.

An avid crafter with a fondness for card making and beading, Ginger decided to put her crocheting skills to work to help her community in 2017 and started Operation Bedroll, which continues to turn plastic bags into sleeping mats for people struggling with homelessness.

She is preceded in death by her parents; her son, Daniel Petersen; and her sister, Peggy Morehouse.

A service celebrating Ginger’s life will be held at 3 p.m. Saturday, Feb. 15, at Rochester Cremation Services, 1605 Civic Center Drive NW, with visitation starting at 1 p.m. The Rev. Jason Bryan-Wegner will officiate. A light lunch will follow the service.

In lieu of flowers, the family requests memorial donations to the American Cancer Society or Seasons Hospice.