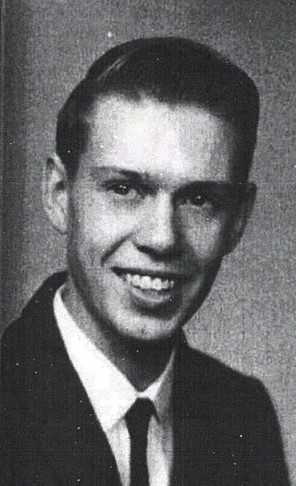 Terry Hamann of Chester, IA passed away on December 20, 2021 at Mayo Clinic in Rochester, MN.  He died of complications from Covid-19.

Terry was born on April 23, 1945 in Cresco, IA to Arnold and Millicent (Milbrath) Hamann. Terry was a lifetime resident of Chester, IA, having been raised on the farm he occupied prior to his death.  He was 76 years old.  In October 197l he married Virginia “Jill” Renner in LeRoy, MN.  He is preceded in death by his wife, his parents and many aunts and uncles.  Terry was an only child; he and Jill had no children.

Terry loved his farm but also had an interest in antiques which he got from his mother.  Terry was adept at fixing things and was well known in the area for being able to fix farm machinery.  He loved his long horn steers.  He developed a successful business selling meat at the farmers market in Rochester, MN.

Terry never met a stranger.  He could talk to anybody and was well liked and respected in the community.  He was involved in the care of Chester Hill Cemetery as Sexton for many years.

He is survived by his cousin, Ann of Fairfax, VA.  His mother and Ann’s mother were twin sisters who married brothers and they all farmed together for many years. Each couple only had one child and Terry and Ann grew up together and were very close.   Terry is also survived by his sister-in-law, Tammy Renner Schneider of Waltham, MN, and many cousins in Minnesota, Nebraska and Kansas.

A Celebration of Life will be planned for Terry and Jill in the future.