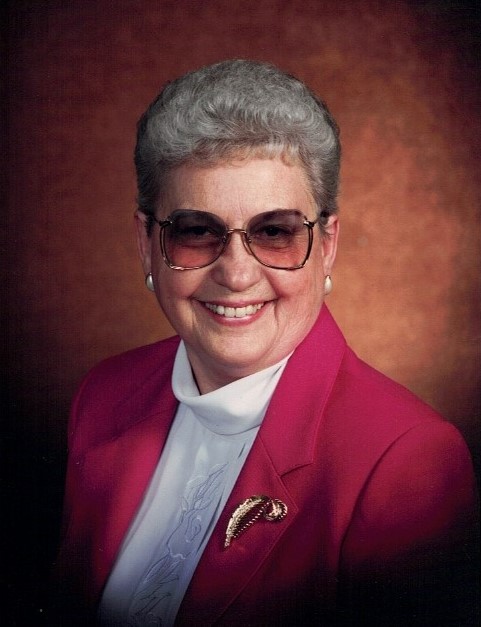 Rosemary Theresa (Super, Kuffel) Swenson, 94, of Rochester, MN passed away at Cottagewood Senior Communities Memory Care facility on December 19, 2020. She was born on October 3,1926 to Joseph and Agnes (Korll) Super in Little Falls, MN. She was baptized in the Catholic church in Little Falls. At age 5, Rosemary moved with her family to Sartell, MN, where she attended elementary school, then graduated from St. Cloud Technical High School, and attended St. Cloud Business College for one year.

Rosemary (Rosie) married Gerald Kuffel in October of 1953 and they eventually moved to Waite Park, MN where they lived for several years and began raising their family. Gerald (Jerry) died unexpectedly in September of 1973. Rosemary later married Charles Swenson in March of 1979 and they moved to Sauk Rapids, MN. Charles died in November of 2005. Rosemary continued to live in Sauk Rapids, but later moved to Rochester to be closer to one of her children, Daniel.

Rosie worked at Schwankel’s Drugstore while attending high school and business college. She then worked at Franklin Manufacturing as a payroll supervisor for ~10 years. Then in 1965, she started her new career path with School District #742 as an administrative assistant, first at McKinley Elementary in Waite Park for 9 years and then as the administrative assistant to the Director of Media Services and Curriculum for the school district for 15 years until she retired in 1989. During her retirement, Rosie became a member of the St. Cloud Hospital Auxiliary and worked at the hospital as a volunteer for several years. She loved to cook, travel, read, garden, and was an avid fan of the Minnesota Twins and Minnesota Vikings. The use of a rosary was an important part of praying in her christian faith life. Rosie loved spending time with family, particularly her grandchildren, and became a great grandmother during the last year and a half of her life.

Rosie is preceded in death by her parents, two husbands (Jerry and Charles), and two brother-in-laws (Donald and Phil).

A private visitation and funeral mass will be held for family. Her interment will be at Assumption Cemetery, St. Cloud, MN.

Memorials can be made to Heartland Hospice and St. Jude’s Children’s Hospital.

Memories and condolences of Rosie may be shared at rochestercremationservicesmn.com