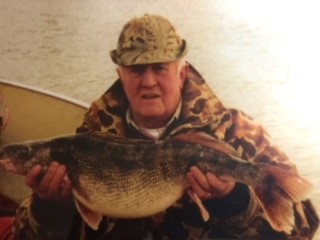 Roger was born on August 19, 1940 in Hayfield, MN to Irwin and Hazel (Boysen) Wilson. He was raised on his grandparents farm in rural Hayfield, MN and attended Hayfield High School. In 1961 he was hired by Marigold Dairy and was known for his semi-truck driving skills. He started farming the family homestead in 1975. He retired from Marigold Dairy in 1993 and become a full-time farmer.

Roger married the love of his life Rebecca Machin on December 7, 1985 in Rochester, MN. Their love of animals brought two dogs, Lady and Dusty, into their lives. These fur babies were the light of his life and they went everywhere with him. He had a love for many things but his true passion was fishing the Mississippi River.

Roger is preceded in death by his father and mother; sister-in-law, Sue Machin; and niece, Selina Hovda-Silker.

Per Roger’s request there will be no funeral. Roger will be buried at a private family ceremony on Thursday, September 2, 2021.

Rochester Cremation Services is assisting the family with arrangements. Memories and condolences of Roger may be shared at rochestercremationservicesmn.com