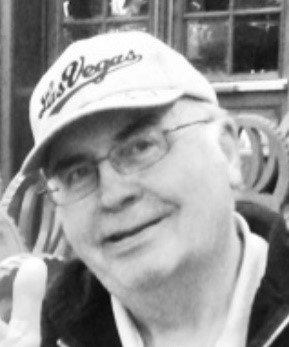 Rodney Joel Robinson, age 77, of Rochester, MN passed away on Monday April 20, 2020 at Seasons Hospice House. Rodney was born on January 10, 1943 in Blooming Prairie, MN to Edward and Louetta (Stork) Robinson. He graduated from Blooming Prairie High School in 1960. He took drafting courses in Los Angeles, California. After school he took numerous drafting contracts. In 1983 he ended his career as structural steel detailer and switched to renting apartments. He owned and managed 37 units up until he fully retired in 2014.

His many hobbies included riding a recumbent bicycle all across the country and enjoying an online game of poker.

In 2002, Rodney married Maria Velez at the Little Brown Church of the Vale in Nashua, Iowa.

Rodney was preceded in death by his parents, Edward and Louetta, and his brother, Gayle Robinson.  He is survived by his wife, Maria, his sister, Judy (Wayne) Rentschler (Louisville, KY), several nieces, nephews, grandnieces, and grandnephews.

His wife, Maria would like to extend her sincere gratitude and appreciation to everyone who helped her in taking care of Rodney; the Mayo Clinic Hospice and the Season’s Hospice House, who were all compassionate and dedicated caregivers, and most especially to the families and friends who extended their support and offered their prayers.

A private family service will be held at a later date.