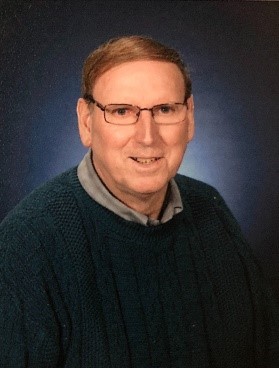 A faithful husband, family man and friend with a gentle soul, our beloved Robert “Bob” Whitten McCutcheon, 73, passed away of a heart attack surrounded by his family on December 21st, 2019, at St. Mary’s in Rochester, MN.

Bob was born on July 2nd, 1946, in Long Island City, NY, to Robert and Edith (Livingston) McCutcheon.  He grew up in Jackson Heights, NY, and moved to Rochester, MN, when he was 10 years old.  He graduated from John Marshall High School in 1964 and then attended Rochester Community College.  Bob worked at IBM for 50 years, in addition to operating his own body shop for 26 years where he worked on one of his passions, cars.

Bob married the love of his life, Pat Connelly, on June 23rd, 1967.  Together they had 7 children, all were his pride and joy, and raised their family in Pine Island, MN.  Bob brought the family on multiple RV camping trips across the country, but the favorite destinations were Florida and northern MN.  The family loved camping and boating so much that Bob built the family cabin in Crosby, MN, on Rabbit Lake, where they enjoyed spending time and entertaining family and friends.  Bob worked hard and was a jack-of-all-trades as he could do any carpentry and electrical, often helping his kids with their projects.  He had a passion for classic cars and was fond of his red Ford Mustang.  Bob was blessed with many friends; he never met a stranger.

Bob was preceded in death by his parents, Robert and Edith McCutcheon; his in-laws Roy and Margaret Connelly; and one grandson, Payton McCutcheon.