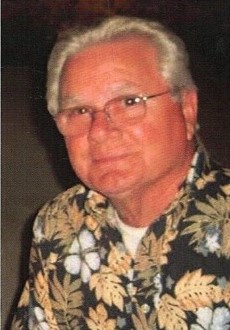 Marv was born Dec. 24, 1933, at Gregory County, South Dakota, to Adolph and Anna (Voos) Knittel. He graduated from Gregory High School in Gregory, South Dakota, in 1951. He went on to graduate from the University of South Dakota with a degree in social science education. Marv then pursued master’s degrees in speech pathology in 1958 at USD and counseling in 1961 at the University of Missouri. He earned his doctorate of counseling and educational psychology from USD in 1963.

Marv married Donna Lueck in 1955 and moved with their two children to Kearney in 1963 where he started his career at the University of Nebraska at Kearney. During his 30-year tenure at UNK, he served as a professor, the department chair of Educational Psychology and Counseling, interim president and vice president of Academic Affairs. For the final 10 years of his time at UNK, he returned to the classroom. His passion was teaching and educating young counselors. He was presented the Heines-Pratt award in 1987. Marv retired in 1993 where he and Donna traveled and spent time with family until her death from cancer in 1998.

Marv married Dearwyn Loewenstein in 1999 and moved to Tucson, Arizona, in 2001. Marv and Dearwyn spent time traveling to visit their five children and eight grandchildren throughout the country.

Marv was a longtime member of First Lutheran Church of Kearney where he sang in the choir. Marv enjoyed writing, singing, traveling, bicycling and his family. He published three books, many articles and had a blog with Psychology Today magazine.

Memorials can be sent to First Lutheran Church Preschool or the Kearney Area Children’s Museum.

Rochester Cremation Services is assisting the family with arrangements. Memories and condolences of Marv may be shared at rochestercremationservicesmn.com