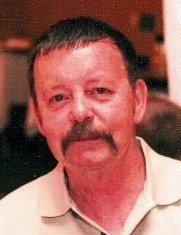 He was born December 2, 1939 at home in Rochester, MN to Harold and Doris Radke. The oldest of 10 children, they later moved to the Radke farm in the early 1940’s where he and his siblings grew up. Laverne went to the country school in Haverhill Township and attended Rochester Public High School. After high school Laverne worked for Johnson Printing Co of Rochester as a printer and retired from there after over 40 years.

Favorite past times for Laverne were being outdoors, an avid fisherman, pool player, snowmobiling, and watching sports. He also enjoyed the large family gatherings and spending time with his grandchildren.

In October of 1961 he married Sharon Bingham. They had a daughter, Lori. They were later divorced.

We would also like to thank the Cottagewood 2 staff and Heartland hospice for the care and attention you gave Laverne. We are grateful for the time you spent with us during this difficult time.