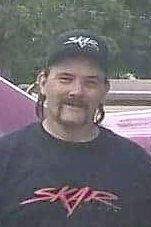 We are sad to announce that on October 8, 2022, at the age of 57, LaVerne J. Feuling Jr. of Winona, born in Racine, Wis., passed at Methodist Hospital, in Rochester, Minn., from a head injury due to a motorcycle accident. Family and friends are welcome to join a celebration of life and share condolences and memories of Butch at the Eagles Club in Winona at 210 East Fourth Street on October 23, 2022, from 3:30-6:30 p.m. He will rest next to his father at Calvary Cemetery in Arcadia.

LaVerne was loved by his family. He enjoyed working on small engine projects, riding motorcycle, and snowmobiling. Everything his dad taught him and enjoyed in life, Butch continued as he grew up. He was always willing to help someone and never turned a stray animal away. Butch crafted his experiences and skills to give to others. He will be truly missed and those skills and experiences he shared will live on.

LaVerne, also called Butch, had a long life companion, Diane Hicks, and her four children, William, Crystal, Raymond, and Leonard, with significant others along with grandchildren that all enjoyed him throughout his life.  He was preceded in death by his father, LaVerne Feuling Sr.; grandparents, Raymond and Apollonia Feuling; along with four uncles, Ralph, Edmund, Richard, and Robert Feuling; three aunts, Mary Feuling, Adeline, and Jeannette Conrad; first cousins, Robert Jr., Daniel, and Keith Feuling;  grandparents on mother’s side, Troy Powell and Philip and Ruth D’Amico; aunt, Melody (Carl) Miller, Diana Powell; and cousin, Taia Miller.

Rochester Cremation Services is assisting the family with arrangements. Memories and condolences of LaVerne may be shared at rochestercremationservicesmn.com