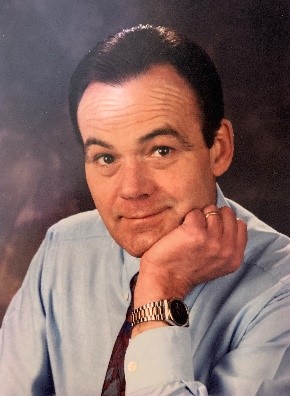 John S. Olson, of Rochester, passed away on October 8, 2019, at the age of 71 in his home with his family at his side. Johnny was proceeded in death by his parents Joel and Isabell Olson. And two treasured canines Mike and Charlie. Johnny is survived by his loving wife of 24 years, Debbie Olson (Caron). Two children, Dr. Timothy (Carol) Olson; Jannis Olson; Four step daughters, Jenny (Brian) Erickson; Stacy (Zach) Fredericksen; Tohnia (Pat) Schmidt; Heidi Wallgren ( Fiance’ Jesse Halling).  Sister Janet Olson. Nineteen grandchildren and his loving dog Willow. “ May his memories live forever in our hearts”  The funeral will be at 1:00pm on Saturday, October 12th, 2019 at Christ Our Rock Lutheran Church, located at 3040 Stonehedge Drive NE, Rochester MN 55906. Proceeding with a luncheon in the fellowship room. Johnny was born on May 16th, 1948 to Joel and Isabel Olson in Madison, Wisconsin. He graduated from John Marshal in 1966. He then went to Art school to study a trade he was passionate about. He was ultimately drafted into the Navy where he dedicated 4 years of his life protecting our country.

In  August of 1974 John married Barbara Novotne . Together they raised   Dr. Timothy Olson and Jannis Hanson (Olson).  They later divorced. On April 15th, 1995 he married his beautiful bride, Debra L. Olson (Caron) whom he often referred to as “Doll”, at Christ Our Rock Lutheran Church ( In the cabin). He also inherited four step daughters that loved the way he made their momma smile. “Johnny” which is what most people call him, was so much to so many. As a child he was the instigator to many water ﬁghts. So he had a playful side from very early on. He is also quite the story teller. He once convinced me he was in a band, as the lead singer no less, and I believed him. He also told his daughter Janny that cows with special legs were shipped in, in order to stand on hills without falling over. And she believed it. Johnny was a true gentlemen. He was kind, gentle, loving, respectful and passionate about many things in his life.

Johnny had turned into an amazing artist. His skills included drawing, designing and painting in many diﬀerent forms. Many of which are still displayed as wall art, sign advertisements and even apparel. His talents seemed limitless. Johnny also worked as a real-estate agent with Counselor Realty. He often received thank you notes for going “above and beyond” the norm.

Johnny was an active member of Christ Our Rock Lutheran Church. He worked on the fellowship committee and served as an usher. He loved planning events, one of his favorites being the Packer vs Viking tailgating party. Go Pack Go!

Johnny was indeed a man of Faith! He loved our Lord and he loved his Family.

Johnny enjoyed ﬁshing and taking long rides on a Sunday afternoon. Along with weekend road trips to see where the road would take us. There’s more I could boast about my hubby but for that I would need a book! If you have a memory of Johnny, please share it with us during the luncheon. We would love to hear it!