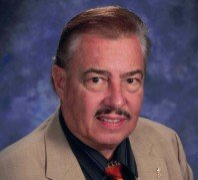 John was born on August 22, 1948 in Northfield, MN to Wallace and JoAnne (Barsness) Dubè. He grew up and attended school in Faribault. He attended Barber School in Minneapolis and began his career in Rochester. He worked for The Barbers and later owned The Country Stylist. He married Susan Ulfers on November 14, 1970 and together they had two children.

John was a music enthusiast and liked to teach beginning guitar players and enjoyed playing in many bands. His hobbies included; Stewartville Sportsman’s Club, SPRED, Rochester Area Musicians Association for many years, caring for Koi ponds, and spending time with family and friends.  He was a member of Resurrection Catholic Church in Rochester.

He is preceded in death by his parents; wife, Susan; son, Aaron Dubè; and two grandchildren Charlie and Savannah Dubè.

A memorial service will be held at 12pm on Saturday, July 7, 2018 at Resurrection Catholic Church in Rochester. Visitation will be from 10am until the time of the service at the church.

Burial will be at Calvary Cemetery in St. Charles, MN at a later date.