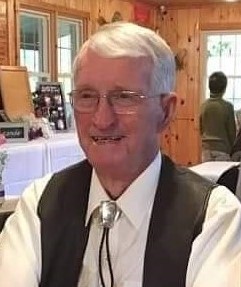 James (Jim) Hugh Andersen, of Rochester, died at home on November 23, 2019, surrounded by his loving family. He was 87 years young.

Jim was born on October 11, 1932, in Iowa City, Iowa. He attended school in Humboldt, Iowa, until moving to Minnesota in 1949, where he graduated from Anoka High School with the class of 1950. In November of 1951, Jim enlisted in the United State Marine Corp, serving his country until he was honorably discharged in 1954, after reaching the rank of Sergeant.

During high school, and again after leaving military service, Jim joined his dad as a master carpenter, working in 35 states along the way. In 1961, he started his own business, Andersen Aluminum in Rochester, until his semi-retirement in the late 90’s. He sponsored many local hockey and softball teams and was also a Big Brother. Jim did so many wonderful things for so many people. He continued to work as a contractor into his later years. Jim was a member of Faith United Methodist Church of Eyota.

Jim married Elizabeth Ardy in 1954 and they were later divorced. In 1977, Jim married Wilma (Hoffman) Tompkins.

Jim loved life. He enjoyed golf, woodworking, stained glass, fishing, hunting big game in Montana, snowmobiling and spending time with his family, especially his other half, Wilma, and his dog, Buddy. Jim and Wilma wintered in Mission, TX. for several years.

Jim was preceded in death by his parents, Jens and Georgia Andersen, and his sister, Gloria Bjugan.

A private military graveside burial will take place at a later date. Jim’s body was cremated. The family suggests memorials to Faith United Methodist Church of Eyota or Mayo Clinic Hospice. A special thank you to Mayo Clinic Hospice for their compassion, care and support, and to Pastor Laurie Boche.