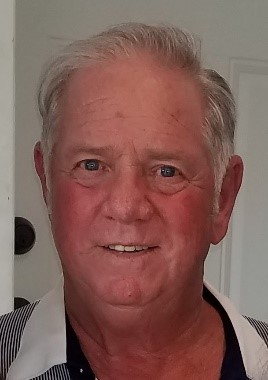 After chatting with the Good Lord for two years during his battle with Acute Myeloid Leukemia, He and Stoney decided it was time to go home. Stoney took his trip on Friday, September 6, 2019.

Stoney started his earthly ventures on April 10, 1948 with Everett and Hazel (Cole) Burt. He was born Gary Dean Burt at home near Rochester, MN. He moved with his family to Pine Island in 1962, graduated from Pine Island High School and Winona Technical College before serving honorably in the Army for two years.

He worked for a time as an over-the-road driver, a 49er, in Inhalation Therapy at the Mayo Clinic while bartending and finally entering the Trades with the Ironworker’s Local #512 Mpl/St. Paul for 41 yrs. He was a former member of the Pine Island American Legion, a member of the American Legion Tom Whitmore Post 28 of Green River, WY, and the Korean War Veteran’s Club of Rochester, MN.

During that time, he began Burt’s Portable Welding to service the farmers in the area including his snowplowing service at Saint Paul’s Lutheran Church and Saint Michael’s Catholic Church & sometimes whoever lived along the way back home, served with the Pine Island Volunteer Fire Department 15 years – the last 3 years as Chief. He was also lead singer for the band Stoney Burt & the Heartbreakers for 10 years (’85-’95) playing locally and in Iowa & Wisconsin. The band played many years at the Pine Island Fireman’s Dance, the Street Dance for the Pine Island Cheese Festival and many New Year’s Eve Parties at Sandy Point Supper Club. The Band played many wedding dances, anniversaries, birthday parties and several local clubs where he always presented his “Elvis” show.

He loved gardening his 6 ft. tomatoes for canning and sharing. He also liked helping the kids who came around in the summer with their bike problems; his goal was to show them once how to fix something and then be available with tools and time whenever they needed him, his garage was seldom empty.

Donations can be made to: HealthWell Foundation, 20440 Century Blvd., Germantown, MD 20874