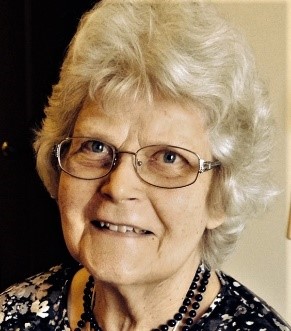 She was born on May 7, 1932, in Ushora, Tanzania to missionaries Lillian & Elmer Danielson.   In April 1941, her family was returning to Africa on the ship Zamzam when it was shelled and sunk by a German raider.  Miraculously all survived, and the motto ‘saved to serve’ became the family’s way of life.

After returning to the US, Lindsborg, Kansas became Eleanor’s hometown, where she attended Bethany College and became an elementary school teacher, constantly engaged with church-related events and community service as well as musical and athletic pursuits.

In 1955 she married Pastor Philip Nelson, and they served parishes in Michigan and Illinois, raising a daughter and four sons.  Following Phil’s death in 1985, Eleanor married Pastor Carl Anderson in 1987 and served parishes in Indiana and Illinois.  Eleanor was very much a part of the parish teams, generous with her talents and Christian spirit and especially sensitive to those in need.  During her years in Moline, IL, Eleanor was featured as an “Active 8” citizen by a regional TV station for her volunteerism, especially with Vietnamese refugees.

Throughout her life, it was also Eleanor’s mission to communicate the Zamzam story, telling it hundreds of times and publishing the book, Miracle at Sea. Additionally, Eleanor organized several Zamzam survivor reunions and collected zamzamship.net website material.

A memorial service will be held November 9th 11:00 am at Messiah Lutheran Church, Lindsborg, KS.  In lieu of flowers, please send memorial donations to the Danielson Scholarship Fund at Bethany College, Lindsborg, KS.