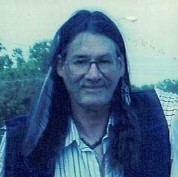 Dave ‘Broken Arrow’ Steven Sullivan, 65, of Rochester, died March 21, 2020 at his home surrounded by his family. He fought a courageous battle of lung cancer, alcoholism and stroke up to the end.

Dave was born to Robert and Mary (Beaudin) Sullivan in Rochester, MN on April 7, 1954. He graduated high school at Walter McGinnis in Red Wing, MN.

He was a Tribal Member of Lac Courte Oreilles (LCO), Hayward, WI. He enjoyed fishing, crossword puzzles, and making tomahawks and arrows. He had a love of nature, walking and biking.