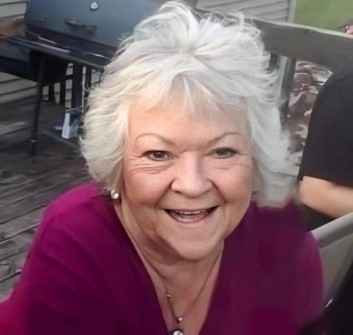 Constance “Connie” Rae Aberg, 76, of Austin, Minnesota, passed away peacefully on Wednesday, May 27, 2020. She was diagnosed with Alzheimers four years ago and spent the last year-and-a-half in a care facility in Cannon Falls, Minnesota. Her loving daughter, Amy Cassidy, ensured her mother’s care.

Connie was born to Irene and Raymond Schmidt on Dec. 15,1946. As a child, she was adopted by Chuck Bliss. Later in life, Irene married Spencer Morgan. Connie looked up to Spencer as a father figure.

Connie married Dennis Crowder and together they had two sons, one of whom passed away when he was a few days old. They later divorced.  She had a long time, loving relationship with Giles Caine. Together, they had a daughter, Amy. Connie then married Steve Aberg. Even though they were married a short time, they remained close friends. Steve was like a father to Amy.

Connie was a caring person who chose a career in healthcare. She retired from Sacred Heart Care Center. Connie took pride in being the owner of a taco stand in St. Croix Falls, Wisconsin, for eight years. She also worked as a beautician at the Golden Tress and the Hair Affair and was known for her wedding up dos. In the evenings, Connie managed the Colonial Bar. She was well known and loved. She was the life of the party and lived life to the fullest. Everyone who knew her loved her laugh. She brought joy to everyone. Her favorite past times were gardening, music and dancing. She adored her grandchildren, Jenna and Colton.