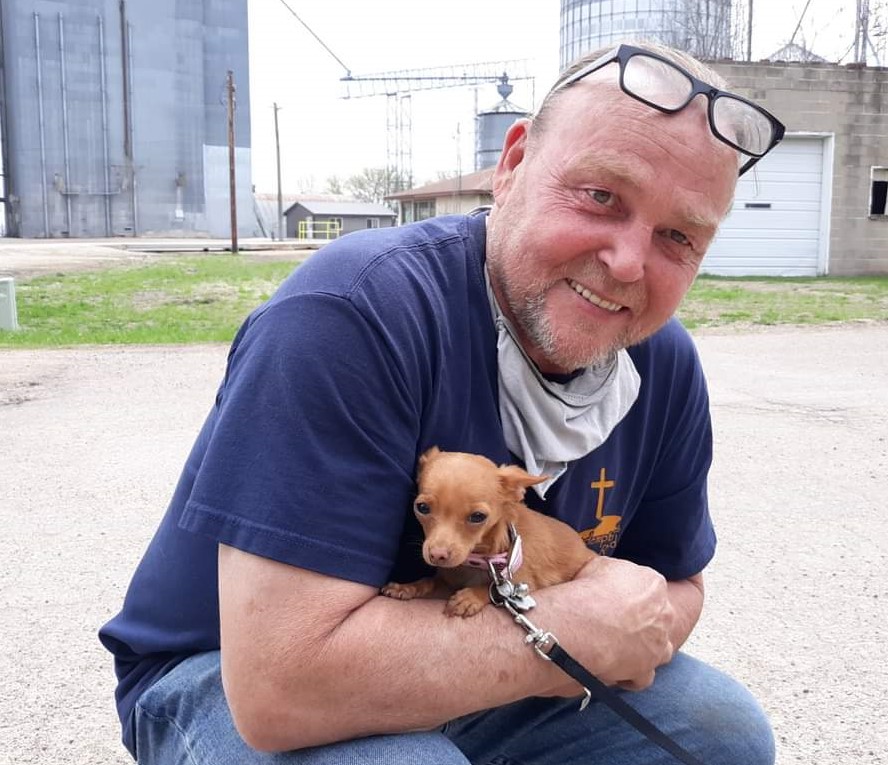 On July 19, 2022, Frank Dean Mangskau passed away at home, surrounded by loved ones, after a courageous battle with pancreatic cancer.  He was born in Austin, Mn  on July 14, 1956  to Roger and Phyllis (Sullivan) Mangskau.  His family moved to California where he graduated from New Port Beach High School.  After training in metal fabrication, Frank opened his own business in Costa Mesa, California.  He eventually sold his business and moved back to Austin.  Frank met and married Mary Duellman on Sepember 2, 2006  in their backyard.  Finding a mutual love of Christ and church, Frank and Mary were baptized together in 2008.

Drawing upon his former life experiences with addiction, Frank found his calling mentoring others in trouble, helping them to get their lives back on track.  He spoke in hospitals and participated in an outreach program in Austin’s jail.  He offered guidance to others wherever he could.  He was also an active AA member.  Frank and Mary opened their home to those in need and even hosted foreign exchange students.  Strangers often became family while staying in their spare room. Frank worked as a welder at Precisions Signs where he was known to be a perfectionist, always giving his best.  He loved playing darts on Saturday nights, gambling, caring for his puppies, and welding for friends and family.  He also enjoyed watching the Minnesota Twins and Vikings, and spending time with his grandchildren.

He was preceded in death by his mother Phyllis and his brother Bobby LaFreinier.

Memories and condolences of Frank may be shared at rochestercremationservicesmn.com